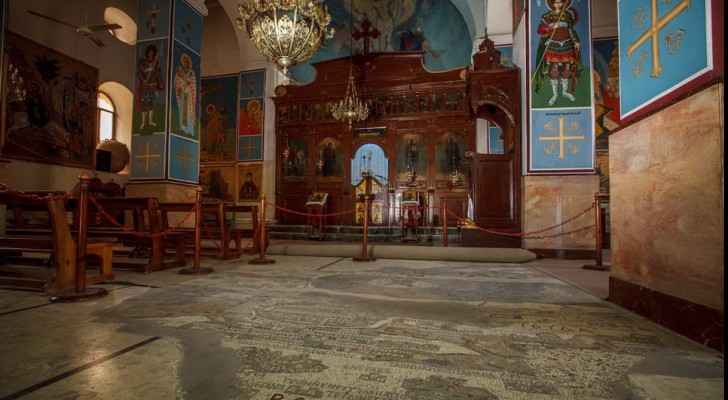 The Jordanian city of Madaba has joined the UNESCO’s list for Creative Cities, announced on October 31, alongside two other Arab cities, Tetouan from Morocco and Cairo from Egypt.

The list identifies 180 cities, from 72 countries, who are working towards a common objective to place creativity and cultural industries at the heart of their development plans, according to UNESCO.

The UNESCO Creative Cities list, arranged by UNESCO Director-General, Irina Bokova, was created in 2004 to promote cooperation with and among cities that have identified creativity as a strategic factor for sustainable urban development.

Madaba is an ancient city, located 30 kilometres south-west of the capital Amman. It is mainly known as the City of Mosaics, for its Byzantine and Umayyad mosaics, including the large Byzantine-era mosaic map of the Holy Land, which has drawn many visitors.

At the southern entrance to Madaba, near the King’s Highway, is the Church of the Apostles, where mosaics, dating from the site’s earliest period of habitation, cover the floors.

Madaba is also the location of Mount Nebo, a place of pilgrimage for Christians from Jerusalem, where there is a small 4th century church built to commemorate the end of Moses' life.

Jordan one of centers of origin for olive ....

Jordan one of centers of origin for ....