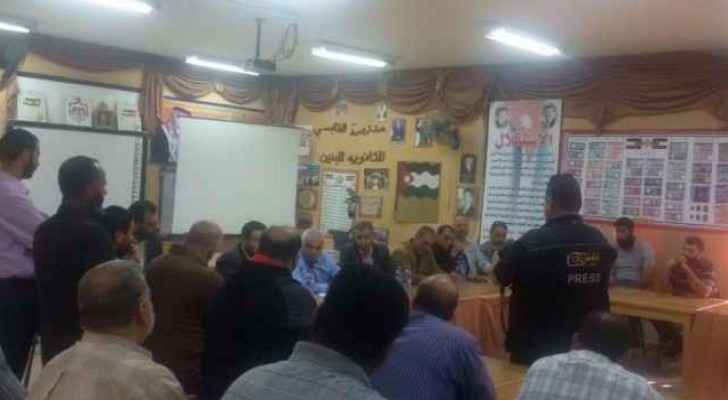 Three teachers were attacked by students’ parents at a school in Russsayfah on Wednesday, according to the teachers.

The teachers at al-Qabisi Boys’ School claimed that three parents forced their way into the school and attacked the teachers with chairs and belts. Other teachers then intervened to protect their colleagues.

Two teachers were reportedly injured during the incident, one suffering an injury to the head and the other a broken nose, before being sent to hospital.

The alleged assailants were arrested and are due to appear in court on Thursday.

According to teachers at the school, the Administrative Governor and the Director of Education visited the teachers to stress the seriousness of the matter.

COVID-19 vaccine only protects against severe ....

COVID-19 vaccine only protects against severe ....

COVID-19 vaccine only protects against ....