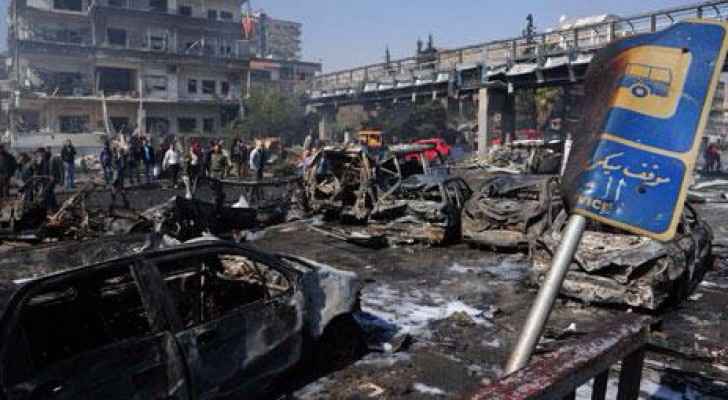 At least one person has been killed and six others injured after two suicide bombers blew themselves up outside the main police headquarters building in the Syrian capital, Damascus, according to State media.

The attackers had tried to storm the building on Wednesday, but detonated their suicide belts after clashing with guards outside the station, Syrian state television reported.

A third attacker blew himself up at the entrance of a market on the same street of the police station.

This is the second attack to target a Damascus police station this month.

The war in Syria has been ongoing since 2011. According to the Syrian Observatory for Human Rights (SOHR), September has been the deadliest month of the conflict this year.