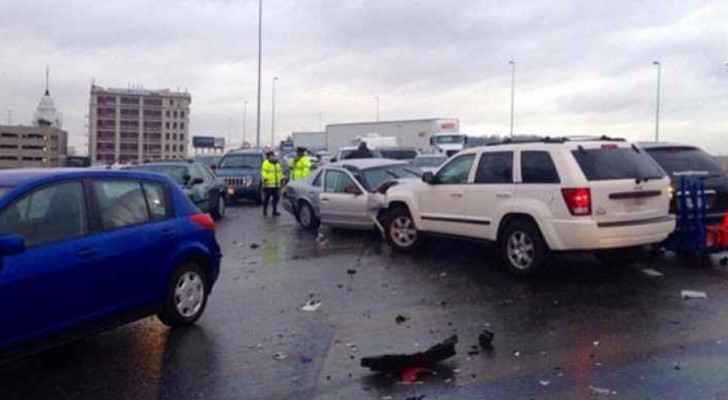 Two Jordanians died in a fatal accident, and another two people were killed instantly, late Friday night, according to Los Angeles Times.

Police suspect street racing was the cause behind the accident in Northridge. The crash occurred when a silver BMW lost control of the car while speeding alongside a dark-colored Sedan. It hit a light pole before slamming into a tree, and broke into several pieces.

The victims were identified as Leena Ammari, 21, Amanda Alfar, whose family said she was 21, Martin Gomez, 20 and Denney Lomeli, 20.

Statistics collected by the Association for Safe International Road Travel showed that the annual road crashes costs in US were averaged at USD 230.6 billion per year, and at least 37,000 people die in crashes each year.

IMAGES: One dead, two injured in car accident in Mafraq

IMAGES: One dead, two injured in car accident in ....

Large number of sheep killed after ....