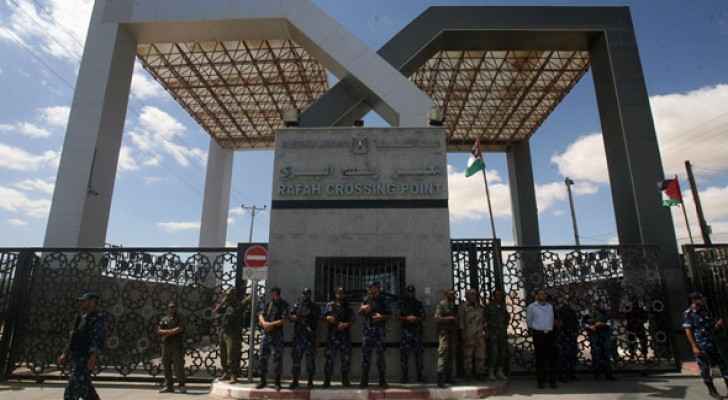 The Rafah border crossing between Egypt and Gaza has been closed by Egyptian authorities, after it open Sunday and Monday to allow humanitarian cases to leave the besieged strip.

The brief opening also allowed Hajj pilgrims also left Gaza to travel to Saudi Arabia, earlier reports say, as well as Palestinians that were stranded on the Egyptian side of the border were allowed to return home.

According to Gaza's crossings department, 882 humanitarian cases including students, patients, and holders of Egyptian passports left via Rafah crossing on Monday, while 166 passengers who were stranded in Egypt arrived in the Gaza Strip.

On Sunday, the crossings department that a group of hajj pilgrims -- all reportedly first hand family members of Palestinians who were killed by Israeli forces -- would be allowed to leave Gaza and travel to Saudi Arabia via Egypt during the border opening.

However, Egyptian authorities also denied 66 passengers entry into Egypt without any justification, according the crossing department's statement.

Egyptian authorities opened the Rafah crossing for four days earlier this month, when at least 2,371 hajj pilgrims in addition to 320 Palestinians with urgent humanitarian needs were allowed to leave, according to the United Nations.

Without access to the Rafah crossing, many Palestinians in Gaza must rely on the Israeli-controlled Erez crossing to exit the besieged territory.

However the number of Israeli exit permits granted to Palestinians from Gaza has dropped “dramatically,” Israeli NGO Gisha noted earlier this month, with the number of permits given monthly by Israel dropping to just half the amount issued in 2016.

Palestinians are often stranded on both sides of the crossing for months at a time, while tens of thousands of Gazan Palestinians intending to travel are forced to wait several months for Rafah's opening.

Despite an order by Egyptian President Abd Al Fattah al Sisi, for Rafah to be opened twice a month, the border crossing does not open regularly. According to the United Nations, during 2016, the Rafah crossing was partially opened for only 44 days. In 2015, the crossing had only been open for 21 days.