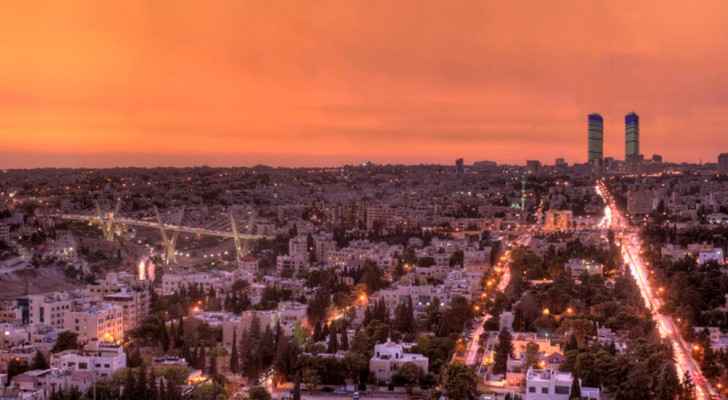 A little over a year ago, local designer and architect Hanna Salameh launched an ambitious project set to catapult Amman’s architecture into the next century. With a team of passionate experts in the field, Hanna Salameh Design wanted to bring an entirely different take on a stagnating issue: the Jordan Gate Towers.

The Jordan Gate Towers stand as a monumental representation of their tumultuous history: poorly thought-out yet grand ideas, hasty implementation, and usually at the expense of the same people the towers aim to benefit.

Enter Hanna Salameh in April of 2016, a McGill University graduate, with a 6-minute video that has thus far amassed nearly 800 thousand views. “Jordan Gate Park” is Salameh’s take on a revamped version of the towers, transforming them into environmentally friendly vertical farms, complete with a rooftop restaurant, public park, and produce market, to name a few of its initiatives.

Since launching the video, several parties have contacted Salameh’s firm, with local investors taking particular interest, along with an investment firm in Dubai and U.S. Agency for International Development [USAID]. According to Salameh, the project has thus far raised a whopping 300 million JD, which he claims is more than enough to purchase both towers and land from previous owners, and finance production costs.

Some parties, such as solar panel manufacturers, have even offered to provide panels for free or at lower rates.

Salameh says that his team is ready to begin developing the project immediately. “Within three weeks the project got off its feet,” he said, “with people like Prince Ra’ad bin Zaid as huge supporters pushing for us to move forward.”

However, he asserted that most of the recent developments must be kept confidential, particularly with necessary bureaucracy before beginning full-scale renovation.

“It’ll really put us as a global first with the largest vertical farm in the region. It also raises awareness on the needs of energy saving and water conservation,” said Salameh, when asked why he believes the project has gained so much attention.

Indeed, his firm is particularly interested in environmental sustainability, clean energy, and postmodern designs, believing that the project has tremendous potential to make Jordanian and Arab populations more environmentally conscious.

“Vertical farming is the future of farming. It is no secret that Jordan lacks resources; we are the third poorest country in the world in terms of water. Rising costs of rent in Jordan also makes it difficult for agriculture. This is one of the main reasons why we chose to encourage using the towers for Hydroponic farming, because it saves 90% of water, and produces food which provides jobs and income, and clean energy for Amman.”

Hydroponic farming is growing plants without the use of soil, and is becoming increasingly popular as an alternative to conventional farming in countries with unfavorable climate. In the video, he proclaims that the project hits “16 birds with one stone”.

Salameh emphasized how thankful he was for the huge support he received from the Jordanian public, and gave honorable mentions of every member of his team. He also showed gratitude to the late Zaha Hadid, a world-renowned Iraqi architect who is the first woman to be awarded the Pritzker Prize. Salameh considers Hadid to be his “architectural mother”.

According to Hanna, Hadid’s death was the impetus to starting the project, inspiring him to look at projects he had long wanted to do, and move forward with investing more time and energy to implement them.

Despite widespread support, Salameh expressed disappointment with the lack of constructive criticism. He believes that the video details the project quite thoroughly, and his teammates continue to respond to all questions raised in the comment section. What the team truly wishes for is engagement on technical issues from an academic perspective, hoping that engaging in such dialogue will only further improve the quality of the project.

In the meantime, Salameh was very excited to share his firm’s other projects with the public, such as an interactive art piece showcased during Amman Design Week last December. He was even more excited to announce that we can expect another video “very very soon”, stating that it will be similar to the Jordan Gate Park project, in terms of identifying a problem and solving it. We can expect the video to be released some time next month.

The conversation displays a confident Salameh that is optimistic for the future of the two towers.

It is a welcome change, from a history riddled with constantly changing stakeholders, disputes between owners and contractors, little regulations and minimal consideration of Amman’s infrastructure, or the effect of a project of this magnitude would have on the area surrounding 6th circle.

A contributing writer to online architecture magazine Herskhazeen, said that the project “stands transfixed in both time and space”. They provided some historical context, saying that following King Abdullah II’s inauguration, a subsequent shift to Jordan’s economic agenda occured to a neoliberal one, aiming to attract larger foreign investment.

The detailed history of Jordan Gate Towers, highlights its trials and tribulations, ever since the plot of land was first used in 1959 for building a water reservoir.

The tumultuous history is such that former Mayor Omar Maani, described the Greater Amman Municipality’s investments into the project as "the worst decision [GAM] ever made".

In 2013, the project came to a complete stop. Salameh commented on the chaotic nature of the Towers’ development, believing that in order to avoid such incidents from occurring in Jordan, the education system must be improved.

“I have taught and lectured in institutions, and I’ve been very disappointed in the performance of even graduating students. The biggest problem is that a single university can produce over 170 architects a year, which is a huge number we don’t need. The result of such a system is that you have hundreds of students being lectured by a single person, and aren’t being challenged or encouraged to think critically or differently.”

“I see this lack of education in our buildings,” he concluded, “Amman’s buildings house stories of our need to rethink how we teach design and architecture.” With the revamped Jordan Gate Park, Salameh hopes to inspire similar creative and sustainable projects dotting the Amman skyline.

Men and women take to the streets of Amman in protest of ....

Men and women take to the streets of Amman in ....

Men and women take to the streets of Amman in ....

Men and women take to the streets of ....