Young Ammani apathy? Why the voter turnout was so low in the Kingdom's capital 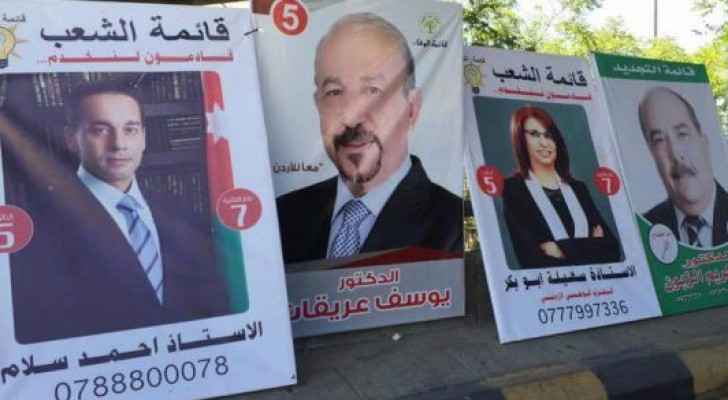 Jordan’s first decentralised elections, described by Prime Minister Hani Mulki as an “important and historic milestone” for the county’s reform process, took place yesterday, August 15, with Jordanians turning up across the Kingdom to post their ballot.

However, critics have noted a low turnout for Tuesday’s elections, particularly in the capital Amman, where results by the Independent Election Commission indicated that voting numbers stood at a low 17 per cent.

Local experts and Amman residents attribute the disappointing numbers to voter apathy, partially sparked by a lack of information about the decentralised and municipal elections as well as the individual political candidates.

In the few weeks leading up to the elections, the streets of Jordan have been plastered with colourful posters, depicting the larger-than-life faces of political candidates alongside a series of somewhat generic political slogans. Yet when it came to casting their ballot, many of Amman’s voters expressed frustration that these smiling profiles were the only information they had to go by, having received no substantial insight on each candidate’s political stance and reform policies.

“Political agendas or manifestos that we were supposed to base our votes on weren’t publicised, not clearly anyway,” said one young resident in Amman, who abstained from voting yesterday. “ We saw the faces and slogans plastered all over the city, but not much else.”

His sentiment is not unique, and is one that has been echoed among many of Amman’s young voters.

“They have done nothing to make me trust them. The decentralised elections sound democratic, but I don’t know how democratic it is in real life because I don’t know anything about them. All I know it what they look like because of their big-a** posters,” another 22-year-old Ammani told Roya.

One 24-year-old Amman-based Jordanian, who also abstained from the voting process, expressed a dissatisfaction at the seemingly futile slogans of candidates, that did little to highlight their policies and plans for reform.

“The slogans are s**t and most are stating facts like ‘equality for all,’” he told Roya. “I thought that this is already covered in the constitution? Overall, they [the candidates] are just people looking for status, not to help out.”

For young Jordanians with the cyber world at their fingertips, the inability to access basic information on political candidates has lead many to regard the current campaigning system as outdated and mundane.“They should use modern tools to clarify the vision behind this election. We are sick of slogans and their dull way of presenting the elections,” commented another Amman-based voter.

A national survey conducted by RASED, a Jordanian NGO for accountability, local governance and participation, showed that 45% of Jordanians did not receive any communication from candidates during the electoral process, according to Amer Bani Amer, founder and director of Jordan’s Al Hayat Institute for Civil Society Development (in which RASED is a programme).

In many governorates outside Amman, the lack of direct communication between candidates and the electorate is compensated for by tribal loyalties, with candidates elected based on local alliances as opposed to their political vision and programmes. However, this is not the case in the kingdom’s capital, where high population and a diverse demographic has lead to a greater demand for basic information on the electorate candidates.

“This is a very big issue in Amman, if you compare it to the small areas where it is easy to communicate or voting is based on tribal alliances,” Bani Amer explained to Roya.

“In Amman, there are Jordanians from different governantes, from Palestinian roots, from many different roots. This high demographic makes it hard for communication and for political parties with a clear platform to attract people who are not tribe-based.”

However, Amer also attributed Amman’s low voter turnout to other additional factors. For one, the level of services in Amman are of better quality than in other governorates. While people are voting for many reasons, Amer argues that the hope of improved infrastructure and services would compel a lot of voters to cast their ballot. Additionally, he noted the fact that in Amman, the mayor is elected by the Kingdom and not put to the ballot for electoral vote, unlike in other municipalities. According to a survey conducted by RASED, the selection of a mayor was one of the major driving factors encouraging Jordanians to vote in these elections.

Finally, RASED noted that the majority of Jordanians who are working overseas, in the Gulf specifically, are from Amman. “During the elections, they were not here. So we are talking 1.6 million registered voters in Amman but maybe 350000 are not here,” Amer said.

However, what is clear from Amman’s young population is that communication between candidates and their electorate is key in generating voter interest and trust. With a youth that has expressed general disillusionment towards the prospect of change in the kingdom, many voters have argued that such interaction is necessary to encourage young people to get out and vote in the future.

Reports of public disorder across the Kingdom the night of ....

Reports of public disorder across the Kingdom ....

Reports of public disorder across the Kingdom ....

Reports of public disorder across the ....