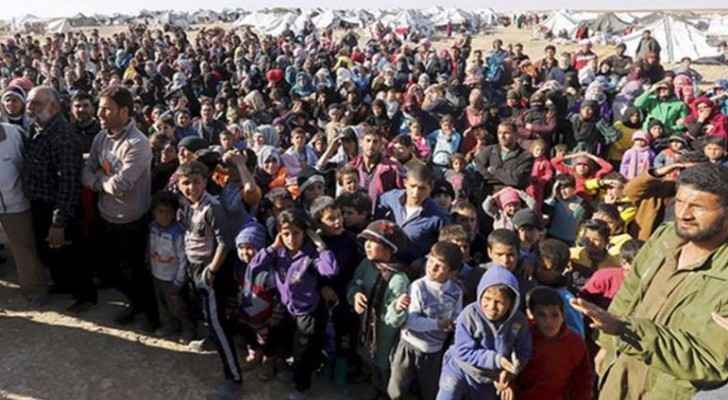 The United Nations reports that nearly 50,000 people - mostly women and children, are stranded along Syria's southern border with Jordan.

The area is increasingly unsafe, with air attacks striking ovet the past few days.

UN deputy spokesperson Farkhan Haq states that the people are in grave danger. Some are risking deprivation in the unhospitable desert area, while others are suffering from a scarcity of food and healthcare. In one section called "Hadalat", it is reported that roughly 4,000 people are living on flour and water alone.

Jordan closed the border with Syria in June of 2016, after Daesh detonated a car bomb near Rukban, killing seven Jordanian border guards.

International aid organizations continue to wrestle with the dilemma of sending aid through an off-limits area.

On Monday, Haq said that UN agencies are "deeply concerned about the security and protection" of the nearly 50,000 people stranded at the border. "The UN calls on all parties to the conflict to take the necessary steps to prevent further harm to the frightened and highly vulnerable individuals stranded at the border," he added.