53% of voters are projected to be women (Roya Arabic) 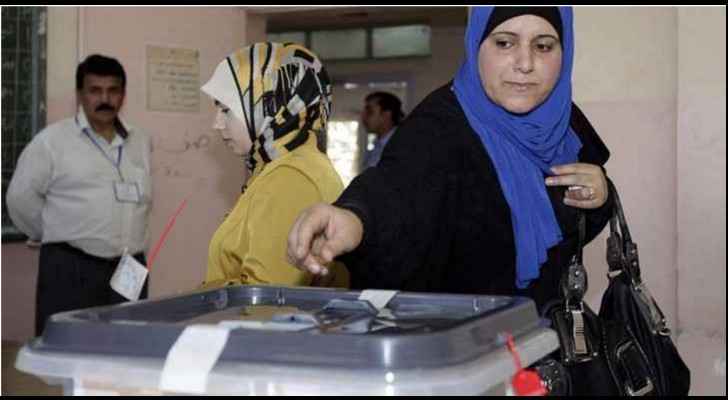 Decentralisation elections are scheduled for Tuesday (along with an official holiday!), and there is substantial speculation about how they will affect Jordan’s political atmosphere.

Since Sunday evening, candidates have been in a silent period during which they are no longer allowed to campaign. Results will follow the vote, set to be announced on Wednesday.

The elections are a relatively new project spearheaded by the Jordanian government. Based on the Decentralisation Law enacted last year, elections will be held for governorate councils responsible for overseeing development projects at the local level.

They also aim to relax pressure on government by eliminating bureaucracy between people across the governorates and Amman.

According to Minister of Political Development and Parliamentary Affairs Musa Maaytah, the elections aim to increase Jordanians' involvement in public life and allow citizens to decide on issues and priorities in their own governorates.

Maaytah states that most council members will be elected, with a minority appointed by government. Voting takes place on three levels:

- The Decentralized provincial councils with a total of 380 seats, 32 of which reserved for the female quota and 45 for government appointees.
- Municipal councils for the 100 municipalities across Jordan, with an allocated 1188 seats 333 of which are reserved for women
- Executive council for each governorate, with elections determining the presidency of each council.

The Independent Electoral Commission has printed 10 million ballot papers. Voters are given two ballots: one ballot for council president in the executive council, which contains names and pictures of candidates running for the positions.

The second ballot is for local and municipal councils. This ballot does not contain images or names. Rather, it contains specific municipalities where councilmen are voted into.

Analysts are estimating 4.1 million Jordanians to take to the polls, with the majority being women at 53%.

Supporters of the elections are optimistic that Jordanians across the Kingdom will become more responsible for their own decisions. With decreasing bureaucracy for development projects, municipalities will be able to focus on providing services locally. Opponents of the elections believe that the elections will only further strengthen tribal influence locally, as well as leaving wide room for corruption.

For more information on your eligibility to vote and constituency, you can visit the Independent Election Commission website.