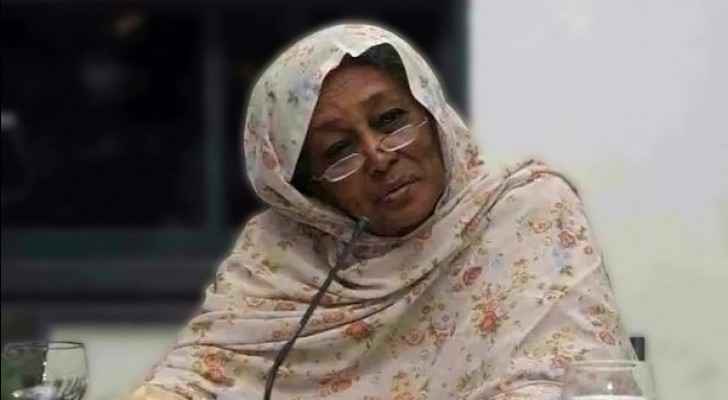 In 1965, Ibrahim became the first female member of parliament in Sudan, and one of the first women politicians in the Middle East and Africa.

As an MP, she paved the way for female empowerment, campaigning for women’s rights to consent to marriage, vote, work and enjoy equal pay, plus the abolition of laws obliging abused wives to return to their violent husbands.

In 1971, her husband, the trade union leader Al-Shafi Ahmed al-Sheikh, was tortured and executed. Afterwards Ibrahim was placed under house arrest and spent four months in prison.

She was later persecuted for political lobbying and fled to Britain as a refugee in 1990, she she went on to found the London branch of the Sudanese Women’s Union.

In 1991, Ibrahim was elected as the chairperson of the International Women’s Democratic Union, and two years later, she was awarded by the UN Human Rights Council for her humanitarian efforts.

In 2006, Ibrahim won the Ibn Rushd Prize in recognition of her struggle for promoting women’s rights and social justice in Sudan and the Arab region.
Ibhrahim died at a hospital in London and her body will be flown to the capital Khartoum on Sunday for burial.

“The great gift of Fatima Ahmed Ibrahim’s life was one for all women, a gift of hope for dignity and freedom for all. It leaves us heartbroken that she sacrificed everything just for the dream to live like a human being in her own country, but we celebrate the fact that she never water a minutee in her endeavour,” said Hibaaq Osmas, the founder and chief executive of Karama, which promotes women's participation in democratic processes and public life.