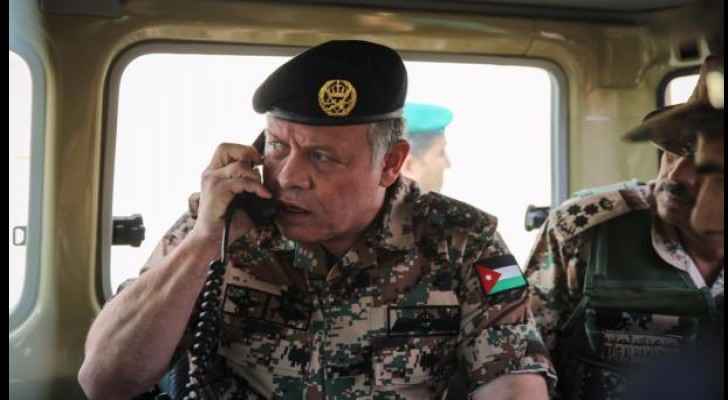 As tensions continue to rise between Israelis and Palestinians in Jerusalem, his Majesty King Abdullah II made a phone call to Israeli PM Netanyahu on Saturday to discuss the latest Al Aqsa crisis.

During the call, Jordan’s King stressed the need for calming the current situation and preventing things from escalating any further.

King Abdullah, again, condemned Friday’s deadly shooting attack, stressing his rejection of violence in all its forms, especially in holy sites and places of worship.

King Abdullah stressed that no party should be allowed to undermine the security and stability of Al Aqsa or to open the way for further violence and extremism.

Consequently, Friday prayers were cancelled for the first time in decades. The compound has been closed since.

"There is no excuse for the closure of Al-Aqsa mosque, and we oppose this decision," said Sheikh Yusuf Idis, the Palestinian Authority's minister of religious affairs. "The freedom to worship is a right guaranteed in law and any violation of that right is rejected."