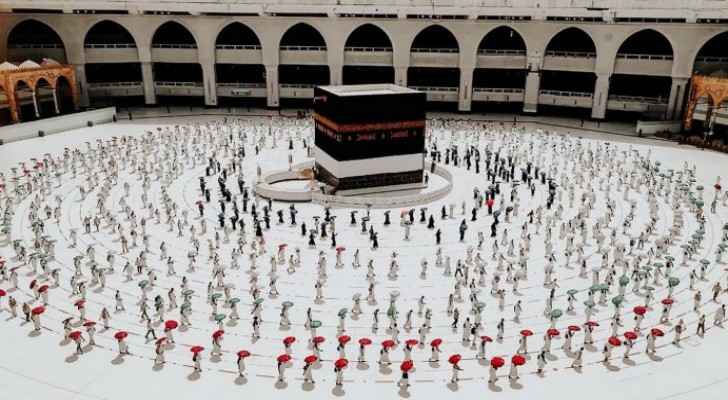 Saudi Arabia will start to gradually resume Umrah pilgrimage in Mecca on Sunday after banning it due to the coronavirus crisis in March, according to the Saudi Press Agency.

After nearly seven months of prohibiting worshippers from performing Umrah, the Saudi Ministry of Interior announced that it would allow citizens and residents of Saudi Arabia to perform Umrah as of October 4.

Pilgrims from outside the Kingdom will be allowed to enter the country and the Grand Mosque one month later.

Only 6,000 pilgrims will be allowed to perform Umrah per day, in the first stage.

The Minister of Hajj and Umrah, Muhammad Benten, told Saudi TV that will pilgrims will be divided into groups that will enter the Grand Mosque at specific times.

On October 18, the capacity will increase to approximately 15,000 pilgrims and 40,000 worshipers will be allowed to pray in the Grand Mosque.

The Saudi Ministry of Health will announce the list of approved countries for pilgrims to travel from, which will be based on the COVID-19 situation in these countries.

Full capacity will only be reached “when the relevant authority decides that the risks of the pandemic are gone,” according to the Ministry of Interior.

Those who wish to perform Umrah must submit an application via two smartphone applications: Tawakalna and Eatmarna.

The first is to ensure applicants do not have coronavirus and the second is to record data, choose a date to perform Umrah or pray, and obtain permits.