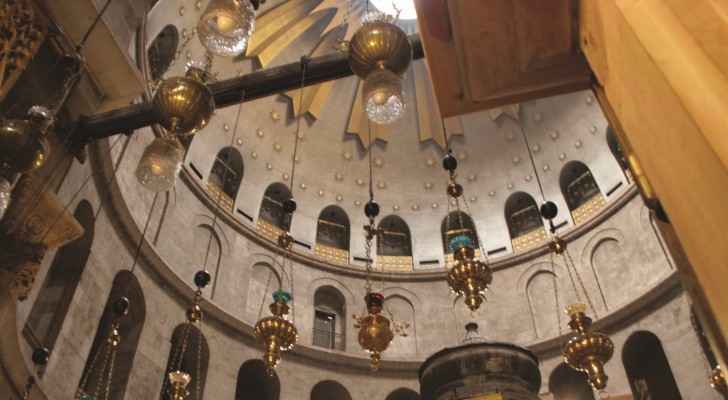 A court has convicted an Israeli man for an arson attack at the church where Christians believe Jesus performed the miracle of the loaves and fishes, court documents said Tuesday.

The district court in the Galilee city of Nazareth found Yinon Reuveni guilty of "aggravated arson" and two counts of criminal conspiracy for the June 2015 attack.

A date for sentencing was not set.

The court transcript did not give Reuveni's date of birth, but Israeli daily Haaretz said he was 22 and from the rogue Jewish settlement outpost of Baladim, in the north of the Israeli-occupied West Bank.

Two rooms of the Church of the Multiplication complex in Tabgha on the Sea of Galilee were badly damaged in the fire, but the church itself was not damaged.

Hebrew graffiti was found at the site, reading "Idols will be cast out" or destroyed. The text is part of a common Jewish prayer.

The Roman Catholic church remained closed until February while the damage caused by the fire was repaired at a cost of around one million dollars, of which the Israeli government contributed almost $400,000.

Reuveni's lawyers have 45 days in which to appeal.

Tabgha was subjected to a previous attack in April 2014 in which church officials said a group of religious Jewish teenagers had damaged crosses and attacked clergy.