A lion was reportedly seen roaming around Jerash. This is not the lion ikn question. (File photo) 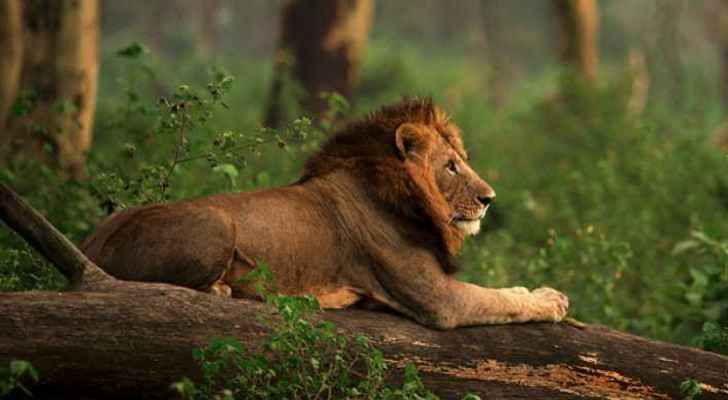 A drone is scanning the forests of Jerash in the hunt for a lion, after Facebook reports claim several sightings of the large feline in north Jordan.

Jerash Governor Ra’id Al Adwan said that the sighting claims are being taken seriously, and that the Rangers and several volunteers are investigating the situation.

Meanwhile, there have been no reports of any people or cattle being attacked by wild animals in the area.

According to Petra, several people have similar made claims of lion sightings in the same area two months ago.

The nearby Al Ma’wa Wildlife sanctuary is home to several lions and other wild animals, but according to the organization, none of the animals there have been reported to be missing.

Jordan was home to Asiatic lions thousands of years ago, but they went extinct in the region after the Paleolithic age.

Caught on camera: Large lion roams the streets of Kuwait