Caught on camera: Large lion roams the streets of Kuwait

The lion escaped its enclosure in Al Jahra Governorate. (YouTube) 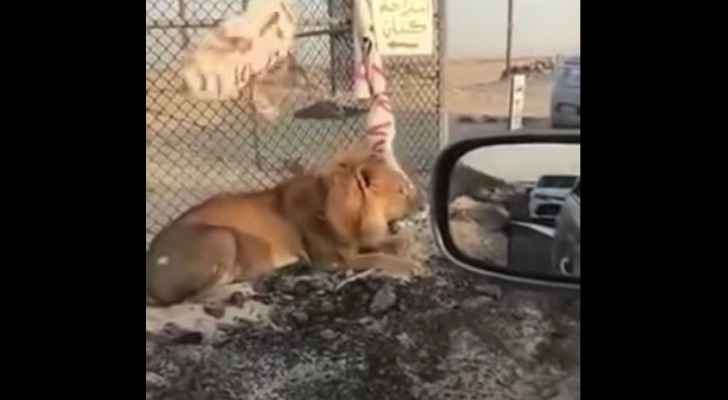 Kuwaiti drivers were shocked to find a lion on the loose in Al Jahra Governorate on Wednesday morning.

After sharing videos of the King of the Jungle on social media, Kuwaiti police was informed that a wild animal was roaming the streets of Al Jahra town.

Several social media videos showed the large cat relaxing on the side of the road, before sprinting towards a car when one daring driver opened his door and teased the animal.

The lion was captured by law enforcement officers from Animal Control after shooting it with tranquilizer darts and taking it to the zoo.

Ali Al Qattan, Deputy Director-General of the Public Authority for Agriculture and Fisheries Affairs for Livestock Affairs, said that the escaped lion was captured in record time, adding that they aren’t sure how the animal managed to run away from its enclosure.

Qattan noted that they are working alongside the Ministry of Interior to uncover the identity of the lion’s owner and punish him accordingly, seeing as keeping a wild animal is against the law because it endangers the safety of civilians.