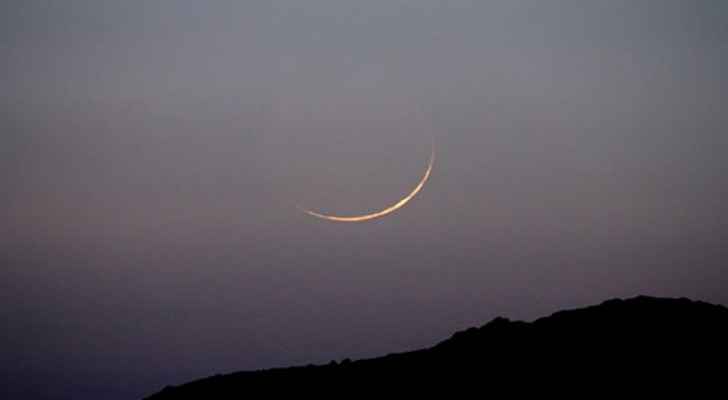 Arabia Weather has confirmed on Saturday the sighting of the new crescent Moon of Shawwal in Jordan, ending speculations that Eid will begin on Monday.

The sighting took place on the rooftop of the General Iftaa 'Department. The Eid crescent was monitored and photographed in collaboration with the International Astronomical Center (IAC), Arab Union for Astronomy and Space Sciences (AUASS), Al al-Bayt University and the Jordanian Astronomical Society.

According to a communiqué issued by Prime Minister Hani Mulki, all ministries and public departments will be on holiday from Sunday, June 25, to Wednesday, June 28.

Meanwhile, government sources have confirmed that the Eid Al Fitr holiday will end on Wednesday, as decided by the Council of Ministers, and that next Thursday will be an official working day, and contrary to rumors circulating the Kingdom.