Meet Jordan's female policewomen, paving the way for women in a male-dominated workforce 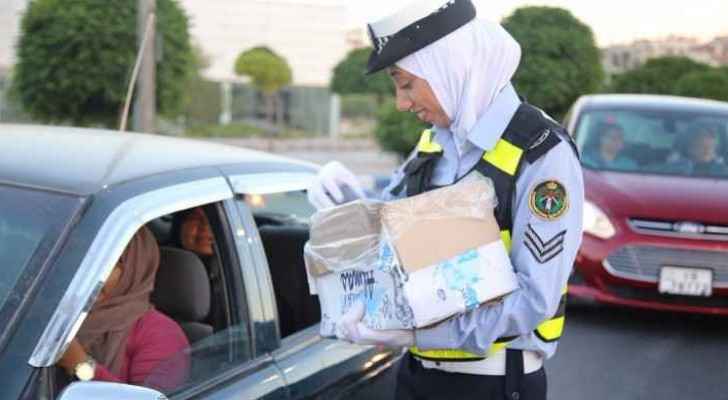 Foreword: This story was translated and edited from Roya News Arabic.

Corporal Randa Al Shobaki stands in the middle of the road in her police uniform, hazard vest and white gloves, warning drivers of her presence and urging them to slow down and drive carefully.

Her eyes are watching the roundabout's lanes, and with her hands, she communicates to her colleague on the opposite lane, instructing traffic to stop from one direction so that the drivers in a different lane can advance forward.

This is work Corporal Al Shobaki has been doing for eight years, starting in the CTD, working in the field and in traffic patrols, until she became a member of the public relations department of the directorate, where she also provides traffic safety lectures.

In Jordan, it is not uncommon to see female police officers on the streets - usually donning the traditional head covering and maybe paired up with a woman patrol partner - but otherwise working alongside their male peers. This female ingredient to what is recognisably a patriarchal society in a male-dominated workforce has been less of a novelty since 2002, when the country saw its first women officers enrol in the traffic department.

In 2002, the CTD selected 7 girls to be the first female traffic sergeants, who went through several training courses which they passed, with that opening the gateway for other young girls to take the same path as theirs.

The Central Traffic Department (CTD) now has 200 female sergeants out of 2600 officers working in the field and in the office across the kingdom. 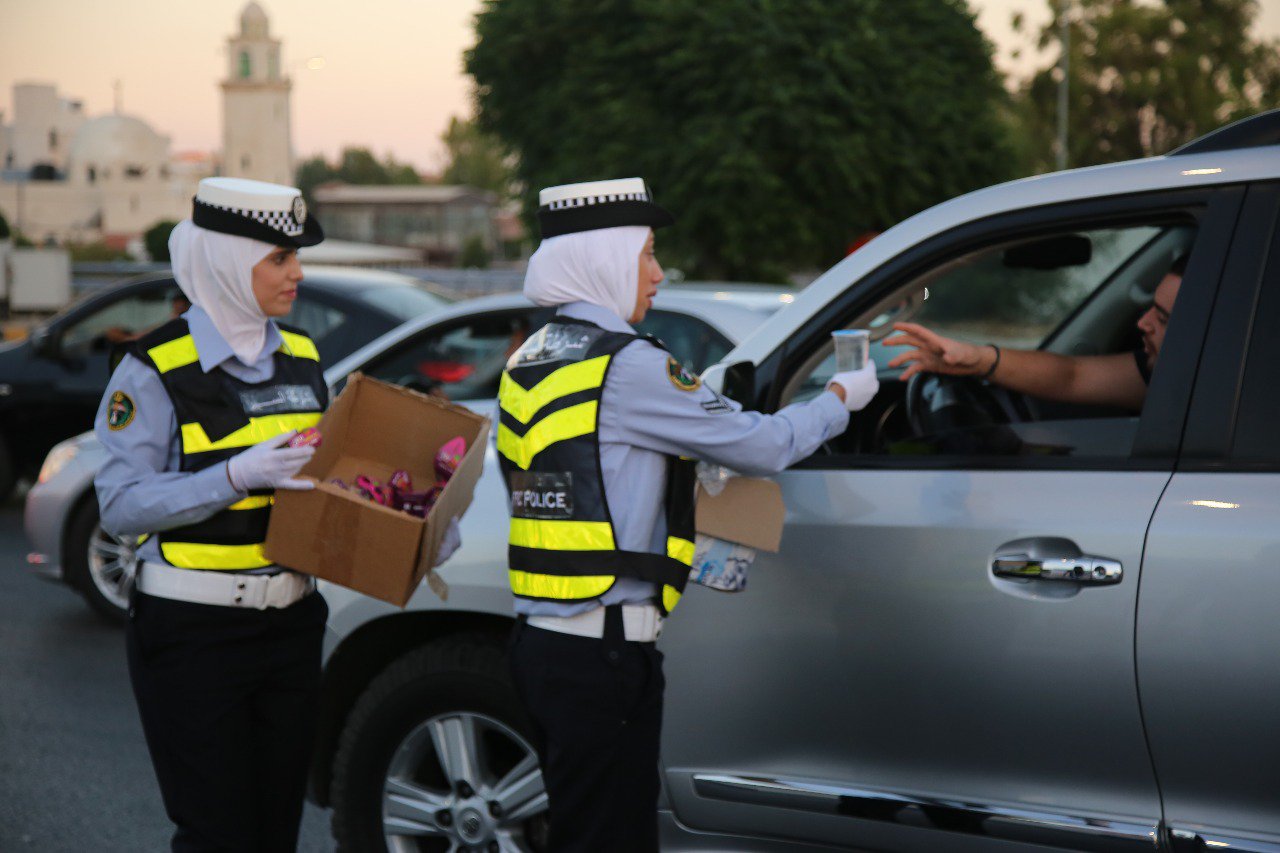 Ramadan is no different for these traffic officers than any other time of year. They still work three shifts (in the morning, in the noon and at night), but the length of shifts and of the working week are curbed back from the non-Ramadan routine.
On Al Sha'b Roundabout, the police women take on their pre-Iftar shifts that the CTD called for.

Motorists are used to coming across the female CTD officers, and their male counterparts, across the city intersections as the iftar hour approaches. These duty officers, alongside their traffic wardening duties, will distribute water and dates to passing drivers at this time, urging them to be safe on the road.

Sergeant Haneen Al Wishah instructs oncoming drivers to stop and go. She doesn't speak, but communicates in short bursts through her whistle.

Al Wishah and her female colleagues agree with Corporal Al Shobaki that their field work in Ramadan is no different than any other time of the year. They know they are capable of dealing with traffic competently. The fasting month can tend to see a higher rate of road accidents reported, however, so it would be no surprise if traffic police experienced more hardships during the month on the streets. 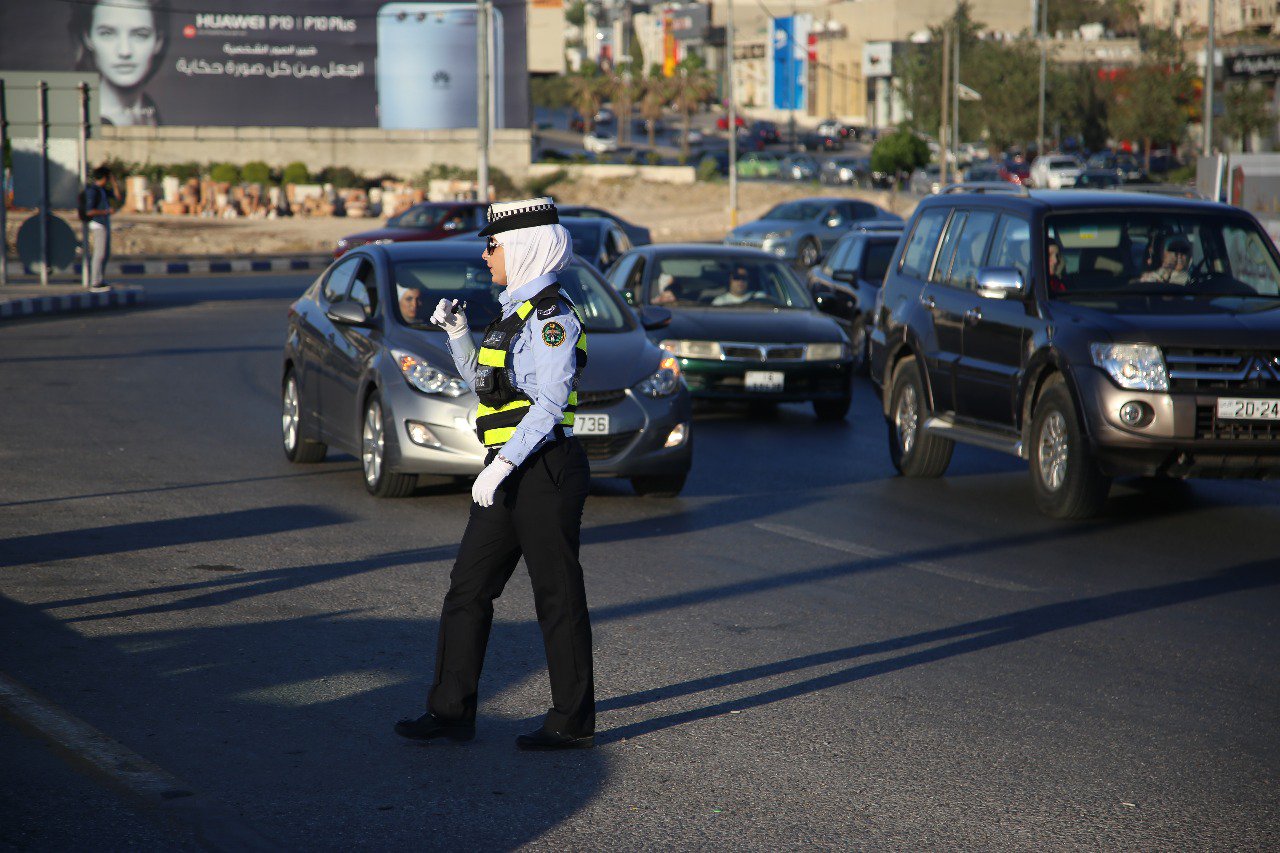 -- Making it in a male-dominated world --

Sergeant Al Wishah sees her work as a traffic sergeant as breaking the shame culture that discourages many young girls aspiring to become police officers, particularly in the Traffic Department.

Having started this line of work seven months ago, Al Wishah says that her family strongly supports her, as does the CTD. "The only distinction between female and male traffic officers lies in work and merit. We both work for the safety of civilians on the road, and for their safe return to their families," she says.

She doesn't think that Jordanian drivers have trouble accepting female traffic sergeants, as the presence of traffic policewomen throughout the seasons is appreciated by civilians and visitors of the Kingdom alike.

Drivers of both genders commonly exchange greetings with the police women, supporting their field work and encouraging them to highlight the role that Jordanian women play in the society, paving their way in a career paths that have been dominated by men for decades. 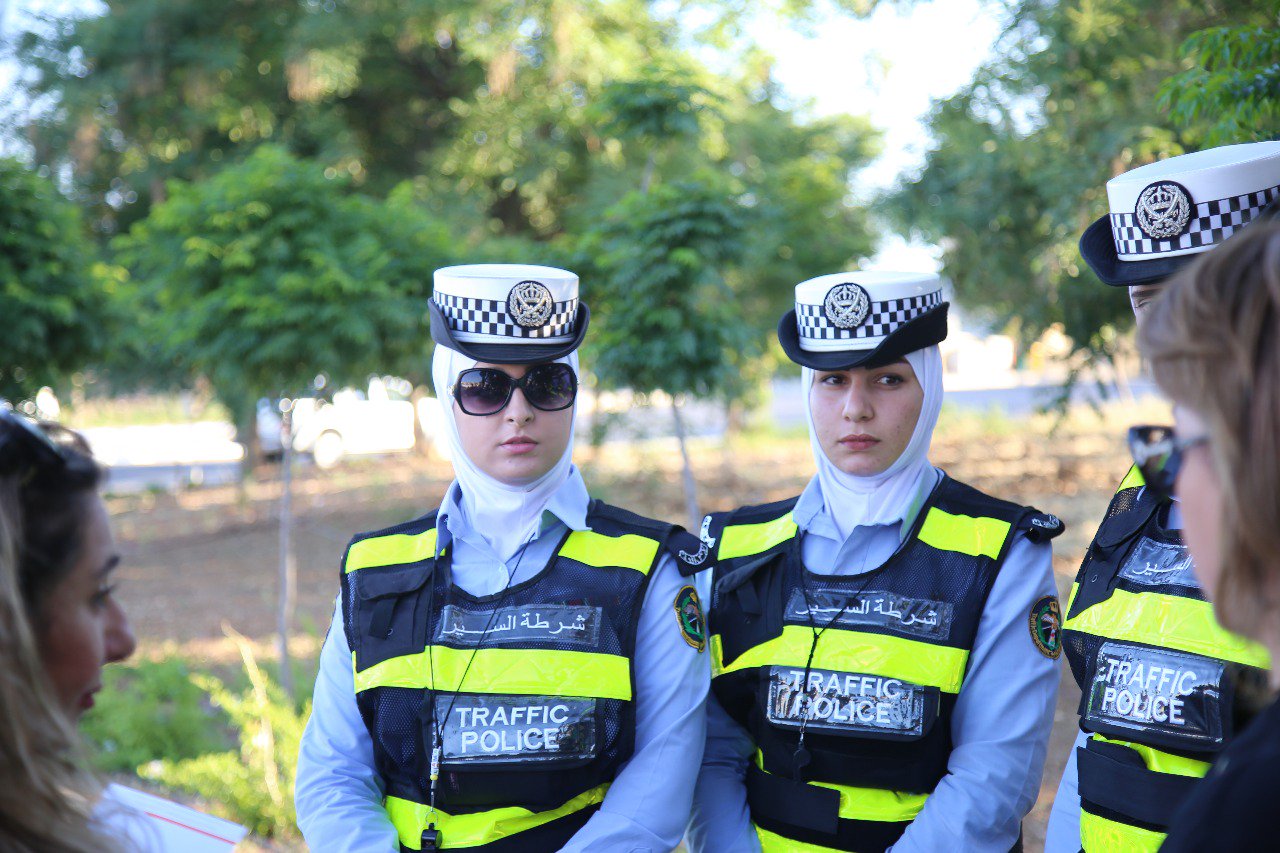 Today, it's different for office Nawf Naj Taha, who chose to work in the traffic department. She doesn't find her work to be monotonous because it motivates her to prove her ability as a woman working in a difficult field.

The difficulty in her job, Taha says, lies in her choosing to work the evening shift, because she not only loves to manage traffic, but also to join the people in their celebration of Ramadan. She describes her work as joyous and beautiful.

Officer Lama Osama and Corporal Tamara kamel stress that they haven't come across any difficulties during their field work in Ramadan. Their persistent will and their love of their work drove them both to work in hours of heavy traffic.

On International Day of the Girl, Jordan's women still ....

On International Day of the Girl, Jordan's women ....

On International Day of the Girl, Jordan's ....

On International Day of the Girl, ....

Young woman killed by uncle in ....