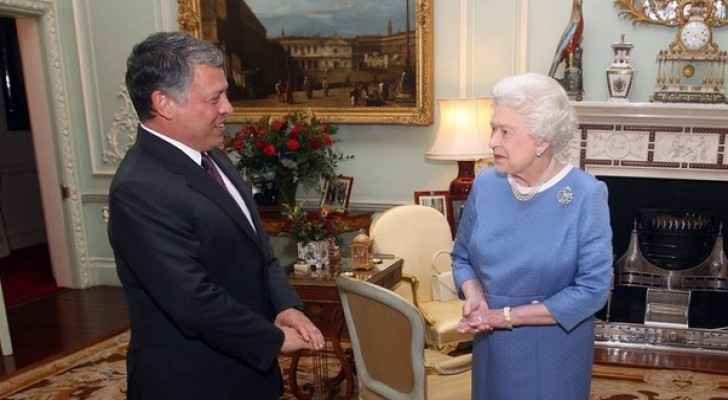 Queen Elizabeth II turned 91 on April 21, but, as per British royal tradition, she will officially celebrate her birthday this month.

And from one monarch to another, King Abdullah of Jordan, whose mother, Antoinette Avril Gardner ("Princess Muna al-Hussein"), is English, sent the Queen a warm birthday message on Thursday.

In his message, King Abdullah wished the reigning monarch good health, while extending his kind thoughts to the British people, whom he wished continued progress and prosperity.

Queen Elizabeth II, who has been Queen of the United Kingdom, Canada, Australia, and New Zealand since 6 February 1952, celebrates her birthday on a different day in June every year.