Qatar is receiving food deliveries from Turkey, Iran and Morocco among others. 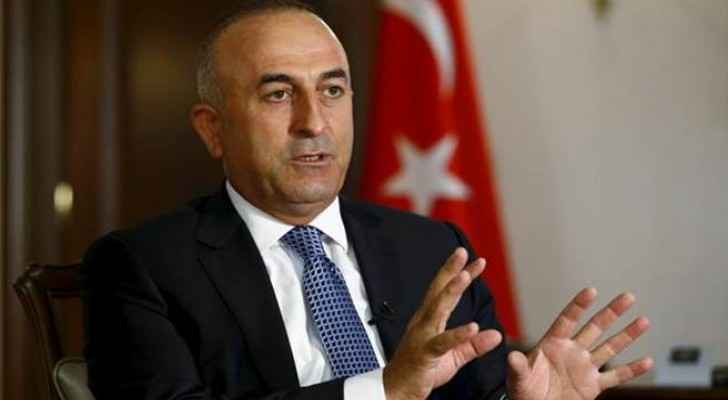 Turkey's foreign minister held talks with Qatar's emir Wednesday as the search for a diplomatic solution to the Gulf crisis intensified and the UN voiced fears over growing humanitarian concerns in the region.

"The meeting discussed developments of the Gulf crisis and means of solving it in addition to reviewing the strategic ties between the two countries and aspects of developing them on all fronts," a statement on the Qatar News Agency said.

The reference to "all fronts" could refer to Turkey's military base in Qatar.

Cavusoglu will on Thursday travel to Kuwait -- which is also seeking to solve the crisis -- before holding talks with Saudi King Salman in Saudi Arabia on Friday, Turkey's state-run Anadolu news agency said.

Ankara is one of Qatar's strongest allies and earlier this week committed to deploying troops at its base in the emirate.

"Saudi Arabia has the potential and capability to solve this crisis as a wise state and big brother of the region and also as a major actor," Turkey's presidential spokesman Ibrahim Kalin said.

"We aim to involve all actors in this process."

Saudi Arabia is one of several countries which have imposed a political and economic "blockade" on Qatar, in protest at Doha's support for Islamist extremist groups as well as over its ties to Shiite Iran.

The move has been backed by nations including Bahrain, the United Arab Emirates, Egypt and others.

Qatar strongly denies the charges and claims neighbouring countries are trying to interfere with its foreign policy.

The diplomatic push continued elsewhere, with Turkish President Recep Tayyip Erdogan -- who has described the decision by Gulf states to cut political and economic ties with Qatar as "inhumane" -- expected to hold phone talks with US President Donald Trump in coming days.

France's President Emmanuel Macron met Moroccan King Mohammed VI in Rabat on on Wednesday to discuss the Gulf crisis along with other regional issues. Macron said he would meet a senior leader from the UAE next week.

Meanwhile, the United Nations' secretary general urged the Gulf countries to find a peaceful solution to the row.

Antonio Guterres expressed his "full support for Kuwait's efforts to de-escalate tensions and promote an effective dialogue", a spokesman said.

The planned talks follow discussions on Tuesday between Saudi Foreign Minister Adel al-Jubeir and US Secretary of State Rex Tillerson.

Doha also announced that its navy was to take part in a joint naval exercise with US vessels, which arrived in Qatar on Wednesday.

In Geneva, concern surrounding the humanitarian situation grew Wednesday, with the intervention of the UN human rights chief.

"I am alarmed about the possible impact on many people's human rights in the wake of the decision by Saudi Arabia, the United Arab Emirates, Egypt and Bahrain to cut diplomatic and economic ties with Qatar," said Zeid Ra'ad Al Hussein, in his first comments on the crisis.

"It is becoming clear that the measures being adopted are overly broad in scope and implementation," he added.

The decision to isolate Qatar had led to fears that thousands of families in the Gulf would be split apart.

As well as economic and political ties, the Gulf states also ordered Qataris out within 14 days as well as calling home their own citizens.

Bahrain and the UAE have also banned expressions of sympathy for Qatar.

Manama announced on Wednesday that it had detained a citizen for sympathising with Qatar on social media.

There have also been fears of food shortages in Qatar -- so far not realised -- and a disruption of imports needed for a number of capital projects in the gas-rich emirate.

Qatar is receiving food deliveries from Turkey, Iran and Morocco among others.