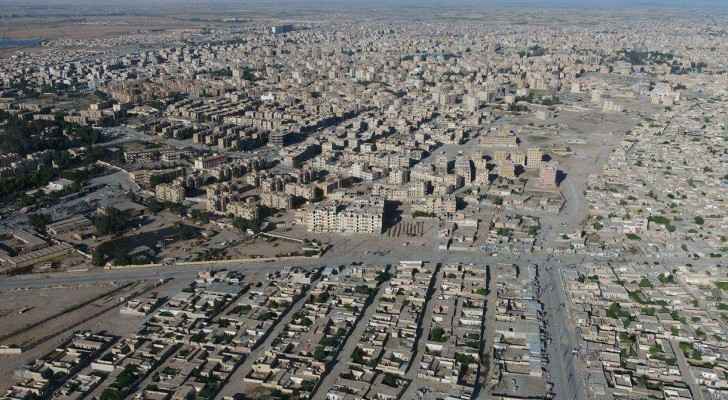 US-backed Syrian fighters battling the Islamic State group pushed closer to the Old City in the jihadist stronghold of Raqa on Monday, a monitor said.

The Kurdish and Arab fighters of the Syrian Democratic Forces entered Raqqa for the first time almost a week ago, after months of battle to encircle the northern city.

In the east of the city, they hold the Al-Meshleb neighbourhood, captured days after the operation inside the city began, and on Sunday they seized their first district in the west, Al-Rumaniya.

On Monday, fighting was continuing on both fronts, with the SDF advancing quickly in the eastern neighbourhood of Al-Senaa, which leads to the Old City of Raqqa, the Syrian Observatory for Human Rights monitor said.

"When they have captured Al-Senaa, the real battle will begin."

The fighting is expected to become more difficult as the SDF approaches the more densely populated centre of the city.

"This fight will be tough," SDF fighter Berkhdan Qamishli told AFP on Sunday.

"As we get close to the city centre, we'll be fighting inside multi-storey buildings. Urban battles are tougher than fighting in villages, but we will fight until we control the whole city."

In the west of the city meanwhile, SDF forces were battling to enter Hatin, the neighbourhood next to Al-Rumaniya, captured on Sunday.

The SDF reported "fierce clashes between fighters and the terrorists" on the two fronts and said 23 IS members had been killed, without specifying in which neighbourhood or when.

An SDF source told AFP that fighters had uncovered a series of tunnels dug by IS jihadists in Al-Meshleb.

"We are moving carefully and cautiously to avoid the huge number of mines that IS has planted in the city," the source added.

An AFP correspondent inside the west of the city on Sunday said the approach was littered with mangled motorcycles and unexploded mortar rounds fired by IS.

The bodies of several alleged IS fighters could be seen on the empty streets, and SDF fighters appeared on edge over the possibility of IS-planted drones and weaponised drones.

Outside the city, fighting was continuing on Monday on the northern front, the Observatory said, where SDF progress has been slower.

IS jihadists are using the "heavily fortified" Division 17 military base outside the northern city limits and an adjacent sugar factory to defend the northern approach into Raqqa, the Observatory said.

Originally a Syrian army base, Division 17 was seized by IS in 2014 when it took control of swathes of the wider Raqqa province.

IS seized Raqqa in 2014, transforming it into the de facto Syrian capital of its self-declared "caliphate".

It became infamous as the scene of some of the group's worst atrocities including public beheadings, and its also thought to have been a hub for the planning of attacks overseas.

An estimated 300,000 civilians were believed to have been living under IS rule in Raqqa, including 80,000 displaced from other parts of Syria.

Tens of thousands have fled from the city and its surroundings since the SDF announced their operation to capture Raqqa in November.

The United Nations estimates around 160,000 people remain in the city, where conditions have deteriorated, according to activists.

Raqqa is Being Slaughtered Silently, an anti-IS group, has reported closed bakeries for lack of flour, as well as electricity and water outages.

Civilians trapped in Raqqa also face the threat of being caught in the crossfire, with more than 60 killed in the city since the SDF operation began on June 6, according to the Observatory.

The monitor said five civilians had been killed between Sunday night and Monday morning in air strikes and rocket fire on several parts of Raqa city.