Number of Israeli planned settlements swells up to 3000 overnight

Israel pushed forward with settlement plans as it also marked 50 years since the Six-Day War. 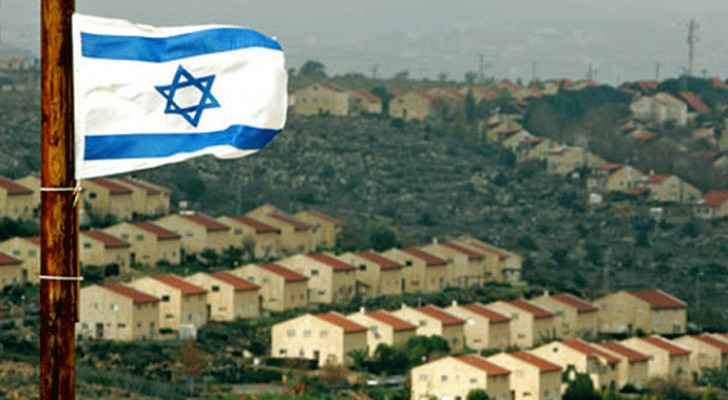 Israel has advanced plans for more than 3,000 homes in West Bank settlements this week, despite US President Donald Trump's call to hold back on such projects as he seeks ways to restart peace efforts.

Israel pushed forward with the plans as it also marked 50 years since the Six-Day War, fought from June 5-10, 1967 and which began its continuing occupation of the West Bank.

A total of 3,178 housing units were advanced in a number of different settlements, the Peace Now NGO that tracks settlement growth told AFP on Thursday.

They are the first new settlement announcements since Trump's visit to Israel and the Palestinian territories last month, when he tried to encourage both sides back to the negotiating table.

Trump has called on Prime Minister Benjamin Netanyahu to hold back on settlement building for now, but the right-wing Israeli leader has been under intense pressure from settler leaders.

US State Department spokeswoman Heather Nauert said she was aware of a government announcement of "about 2,500 new units in the West Bank".

"President Trump has talked about this consistently and he has said that in his opinion unrestrained settlement activity does not help advance the peace process," she said.

On Tuesday, a defence ministry planning committee advanced 1,500 units, while more than 900 more were added on Wednesday, Peace Now said.

In a separate process, 688 homes were advanced by the committee late on Wednesday and will now go out for a 60-day public comment period during which objections can be filed.

The plans are at various stages in the process and the units are in a number of settlements across the West Bank.

Israeli authorities did not immediately respond to requests for comment.

More than 600,000 Israelis live in settlements in the West Bank, including in annexed east Jerusalem.

They live alongside some three million Palestinians.

Settlements are considered illegal under international law and are seen as a major obstacle to the so-called two state solution -- the creation of an independent Palestinian state alongside Israel.

Israel blames Palestinian incitement and intransigence for the ongoing conflict.

While the majority of the planned homes are in pre-existing settlements, some will be built in the first new official settlement in some 25 years, Peace Now said.

Last month, Trump visited Israel and the Palestinian territories, meeting both Netanyahu and Abbas as he seeks what he has called the "ultimate deal".

But he has given no details about how he plans to restart talks, and there is deep scepticism over whether such an effort would have any chance of success.

On Tuesday, the premier told settlers he would keep building across the West Bank.

"Netanyahu has been trying to hold back but he has been under very strong pressure from the settlement movement," Ofer Zalzberg of the International Crisis Group think tank said.

Abbas's spokesman called Netanyahu's statements a "challenge" to Trump and the international community.

"It is a challenge to (Trump's) efforts to create an appropriate atmosphere for a serious political process, and a blatant challenge to the international community as a whole," a statement said.

The Palestinians have previously demanded a settlement freeze as a precondition to returning to negotiations, but there have been suggestions Abbas has dropped this since Trump came to power.

"It is becoming more difficult to square the circle to get negotiations going," he said.