Foreign beggars on the rise this Ramadan — Jordanian ministry

This Ramadan Jordan saw a rise in foreign beggars among the community of vagrants on the streets. (image used for illustrative purposes) 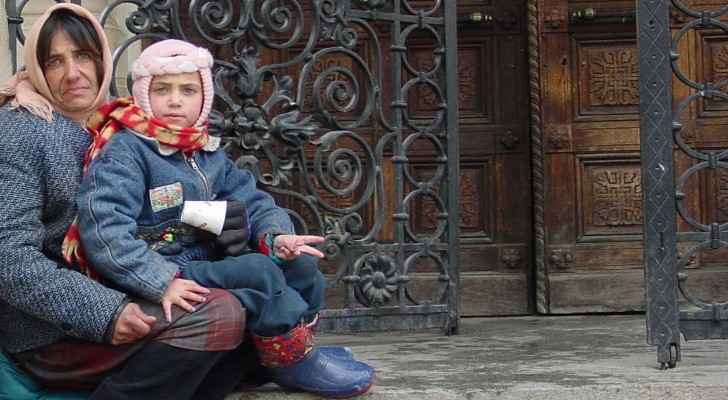 Jordan is no stranger to beggars. Street corners and traffic lights in Amman are popular beats for the old, young, male or female of these hopefuls who ask for handouts. Day in day out, they try their hand at appealing to the public’s sense of duty, good nature, or right mood, for what they can spare. But it’s during Ramadan – the month of Zakat – when charity typically peaks, that whole tribes of beggars are out in force.

This year, the anti-begging committee of the Ministry of Social Development has documented at least four beggars who weren’t Jordanian. However the Ministry has not disclosed the nationalities, while noting that they were not of Arab identity. The Jordan Times, drawing on the same sub-committee's findings, has reported the activity of Asian vagrants in recent years.

Begging in the Kingdom is classed a criminal activity, falling under the bracket of fraud. The public are urged not to give money to “any individual or unauthorised institution”, and have in the past been reminded through campaigns to report panhandlers to the authorities, with hotlines set-up to police the community.

The committee noted that this is the first time this Ramadan that they have caught beggars who are not Jordanian or of Arab origin.

The Ministry added that they arrested 230 beggars in the first quarter of Ramadan, with a high incidence of women. At the same, the number of child street beggars arrested has incidentally seen a drop, due to Ramadan post-iftar overnight restrictions (with court orders required to take child beggars into custody, or else hand them over to social services.)

A higher occurrence of beggars in Syrian refugee communities was also observed. Amman logged the highest number of offenders caught this Ramadan, compared to other provinces, with the national count 130 up on last year's record.