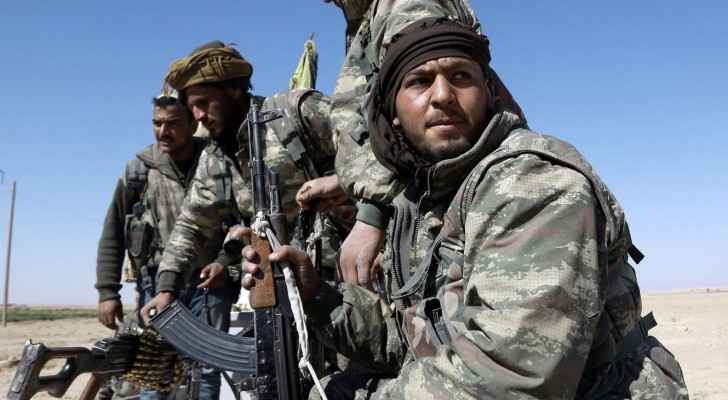 The US-backed Syrian Democratic Forces broke into the Islamic State group's Syrian bastion of Raqa on Tuesday after declaring a new phase in their fight for the city.

The drive for the northern city at the heart of IS's Syrian territory has been seven months in the making and has been backed US-led coalition air support, military advisers and weapons deliveries.

On Tuesday, Arab and Kurdish SDF fighters advanced to the city's eastern edge and broke into Raqa for the first time.

"Our forces entered the city of Raqa from the eastern district of Al-Meshleb," SDF commander Rojda Felat told AFP.

"They are fighting street battles inside Raqa now, and we have experience in urban warfare," she said.

Fierce clashes were also raging on the northern outskirts of the city, which lies on the winding Euphrates River, Felat added.

The Syrian Observatory for Human Rights said the SDF had seized a number of positions inside Raqa.

"They have taken control of a checkpoint in Al-Meshleb, as well as a number of buildings," Observatory head Rami Abdel Rahman said.

"The advance came after heavy air strikes by the US-led coalition," he told AFP.

After months sealing off access routes to the city from the east, north and west, the SDF on Tuesday announced a new phase in their fight for Raqa.

"We declare today the start of the great battle to liberate the city of Raqa, the so-called capital of terrorism and terrorists," SDF spokesman Talal Sello told reporters in the village of Hazima, north of the city.

"With the international coalition's warplanes and the state-of-the-art weapons they provided to us, we will seize Raqa from Daesh," Sello told AFP, using an Arabic acronym for IS.

He asked civilians inside the city to keep away from IS positions and from the front lines.

As the SDF has drawn closer to the city, reports of civilian casualties in coalition air strikes have swelled.

On Monday, the Observatory said a coalition bombing raid killed 21 civilians as they tried to escape Raqa by dinghy on the Euphrates River.

The same route leading out of the city's southern districts had been used by IS fighters, Abdel Rahman said.

An estimated 300,000 civilians were believed to have been living under IS rule in Raqa, including 80,000 displaced from other parts of the country.

But thousands have fled in recent months, seeking safety in territory newly captured by the SDF.

Aid groups battle to reach Syrians in Raqa as thousands ....

Hearing into fatal shootings of US Special Forces ....

Hearing into fatal shootings of US ....