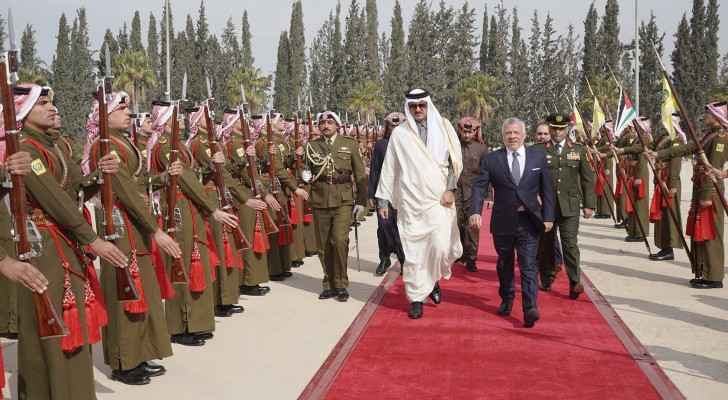 His Royal Highness Prince Ali bin Al Hussein, the escort of honour, and a number of senior officials and officers were also present to see Sheikh Tamim off at Queen Alia International Airport.

Sheikh Tamim was accompanied by a high-level delegation on his official visit to Jordan.