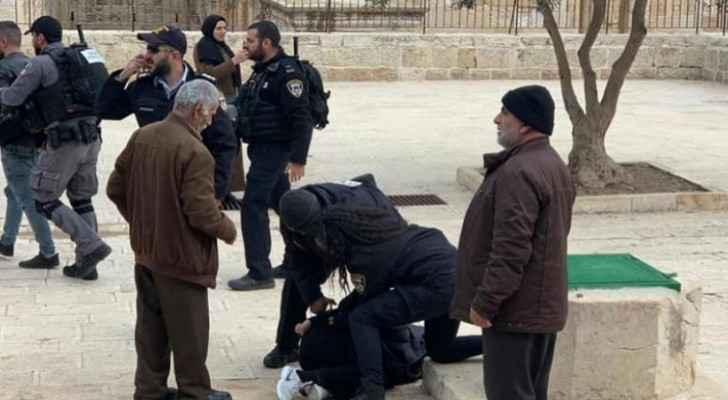 General Director of the Islamic Awqaf and Al-Aqsa Affairs, Sheikh Azzam Al-Khatib said that more than 90 settlers stormed the place under the protection of Israeli army.

In the meantime, Israeli forces arrested one of the Mosque's guards as he was leaving the place, on the pretext of disturbing the settlers’ storming.