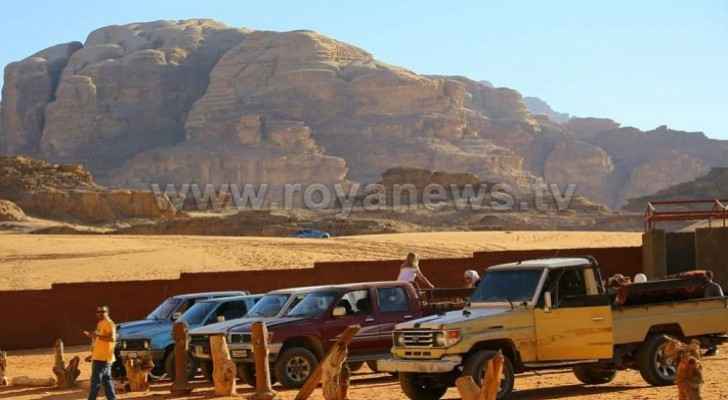 The Aqaba Special Economic Zone Authority (ASEZA) has denied that 96,000 dunams of Wadi Rum's lands are owned or authorized by the Royal Film Commission (RFC).

In a statement issued on Wednesday, November 20, 2019, the ASEZA confirmed that what was done is only a regulatory process approved by the ASEZA'a Board of Commissioners under the powers granted to it and through all legal stages, as Wadi Rum is considered an eco-tourism area, where a number of activities can be done, such as filming, filmmaking and adventure tourism. In addition, tourist camps can be set up there.

The statement revealed that all these lands belong to the state treasury and no lands have been allocated or delegated to any entity.

The lands use was determined according to a comprehensive plan in order to preserve them from indiscriminate uses and to support tourism in Wadi Rum, according to the statement.

It added that this aims at benefiting people residing in the area through such activities that can be done there in light of the active tourism movement and the large number of tourists in the region.

During a legislative session held yesterday, MP Awwad Al-Zawaideh has criticized the RFC for its intention to own 96,000 dunams in Wadi Rum, adding that it had owned several years ago more than 200 dunams.

Star, its exoplanet named after Petra, ....