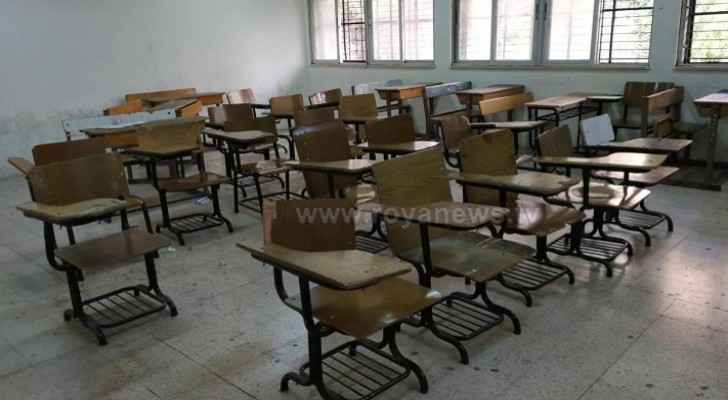 For the second day in a row, teachers in various public schools of the Kingdom go on a strike, demanding a 50% raise.

Teachers had earlier organized a protest near the 4th circle area, calling for the government to achieve their demands.

However, after members of the Jordanian Teachers Syndicate held talks during a meeting with government representatives, which resulted in nothing, the Syndicate called on teachers to begin an open strike.

The strike started yesterday, September 8, 2019, where teachers went to schools, yet refused to enter classrooms or give lessons to students.

This had prompted nearly 1,500,000 students, which is the total number of public school students, to leave their schools and head to their homes.

In the meantime, students of private schools were given lessons as usual.

Photos: As they strike, teachers carry out reforms inside schools