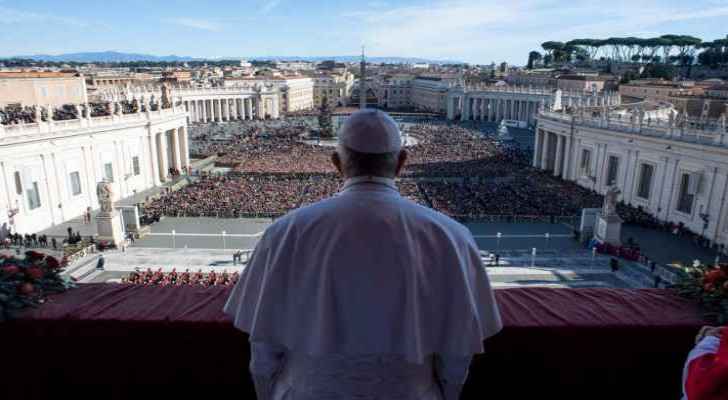 Pope Francis is making a historic visit to the United Arab Emirates, the first of its kind in the Arab peninsula, the cradle of Islam, in a new effort to strengthen ties between the two religions in a region where religious conflicts and extremism have been rising in recent years.

According to the Apostolic Vicar in the south of the Arabian Peninsula, Archbishop Paul Hinder, the Pope's visit, which runs from Sunday to Monday, comes at a convenient time to push forward the “dialogue".

The pope will attend a religious meeting with the Grand Imam of al-Azhar Sheikh Ahmed al-Tayeb along with representatives of other faiths on Monday in Abu Dhabi before heading a mass at a football stadium in the UAE capital, ahead of a gathering that local newspapers expected to be the largest in the history of the Gulf state.

Archbishop Paul Hinder stressed in an interview with Agence France-Presse (AFP) the good relations established by the Vatican with leaders of other countries in the region, although the Pope's visit will be limited to the UAE.

The Vatican has diplomatic relations with Kuwait, the United Arab Emirates, Qatar, Bahrain and Yemen, but has no formal diplomatic ties with Saudi Arabia and Oman.

The UAE offers itself as a place of tolerance between different religions and allows the practice of Christian religious services in many churches, as in other Gulf states, except for Saudi Arabia, which prohibits the practice of any religion other than Islam.

Abu Dhabi’s Crown Prince Sheikh Mohammed bin Zayed on Thursday welcomed the Pope's visit to the UAE, which is keen to take care of its image abroad and does not hide its reliance on the principle of "soft power.”

Abu Dhabi’s Crown Prince wrote on his Twitter saying, ”We renew our welcome to the man of peace and love, Pope Francis, the Pope of the Catholic Church in the House of Zayed, and we look forward to meet the historic human brotherhood that he will gather in Abu Dhabi with the virtue of Imam Dr. Ahmed Al Tayeb, Sheikh of Al-Azhar al-Sharif. We hope and are filled with optimism that people and generations will enjoy peace and security.”

In a videotape broadcast on Thursday, Pope Francis said he was pleased to write a "new chapter in the history of interfaith relations" in his upcoming visit to the UAE.

He praised the UAE, "the land that seeks to be a model of coexistence and human brotherhood and a meeting between different civilizations and cultures, where many find a safe place to work and to live freely, which respects difference.”

The UAE authorities expect more than 130,000 people to attend Tuesday's mass, the first of its kind in the Arabian Peninsula, which will be the largest in the history of the UAE.

Special ceremony tickets were distributed to Catholic churches in the UAE.