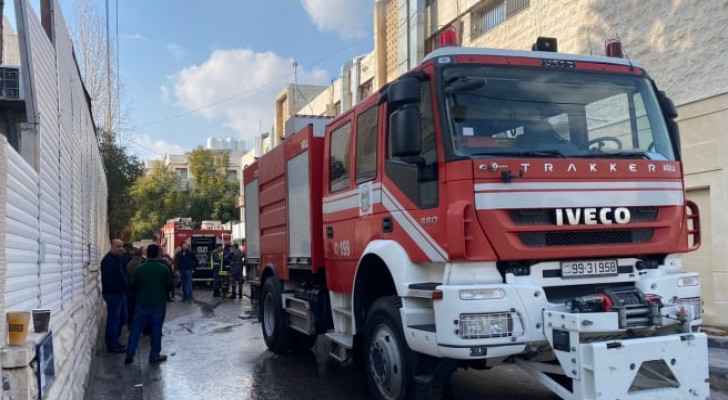 Wednesday, two people were injured after a fire broke out inside a restaurant in Abdoun in Amman, according to the media spokesperson for the Public Security Directorate (PSD).

The injured were transported to the Prince Hamzah Governmental Hospital.

Firefighters from the Civil Defense Directorate (CDD) in the capital put out the fire and provided first aid to those who needed it.

Notably, investigations are ongoing to determine the cause of the fire.