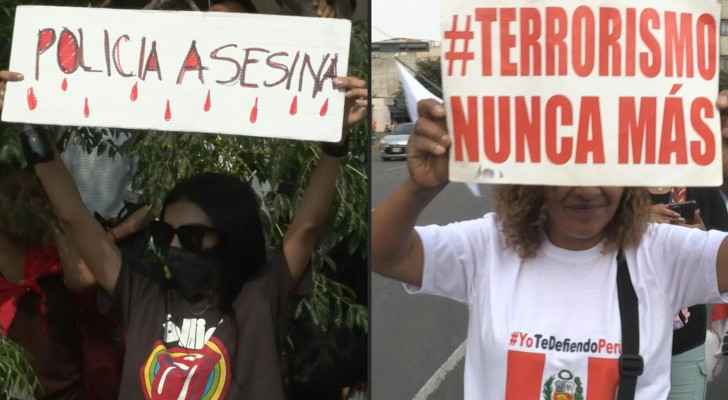 Peru closed the Inca citadel of Machu Picchu Saturday amid steady anti-government protests, stranding hundreds of tourists for hours, as authorities expelled protesters from a Lima University where they have been holed up as part of the crisis engulfing this divided country.

Protests demanding the resignation of Peruvian President Dina Boluarte have been ongoing since early December, leaving 46 people dead and prompting the government to impose a state of emergency in violence-hit areas.

This crisis triggered by the ouster of leftist Indigenous president Pedro Castillo last month stems largely from a gaping inequity between Peru's urban elite and poor rural Indigenous people in the Andean region who saw him as one of their own and working to make their lives better.

Video footage from Ilave that went viral on social media shows police shooting right at a crowd of Indigenous demonstrators in the town square.

Clashes between police and the crowd in that town near Lake Titicaca and the border with Bolivia left 10 people injured, hospital officials said.

Prior to the closing of Machu Picchu, rail services to the site had already been suspended due to damage to the track by demonstrators. The only way to get up to the popular tourist site is by train.

At least 400 people, including 300 foreigners, were stranded at the foot of the site, in the town of Aguas Calientes, and pleading to be evacuated.

Rescue teams later evacuated 418 tourists, the Tourism Ministry said in a Twitter post accompanied by pictures of a train and seated travelers.

"The closure of the Inca trails network and the Machu Picchu citadel has been ordered due to the social situation and to preserve the safety of visitors," the Ministry of Culture said in a Saturday statement.

Tourism is vital for Peru's economy, representing between three to four percent of the country's GDP.

Peru protests rage on despite president's plea for calm

Peru protests rage on despite ....