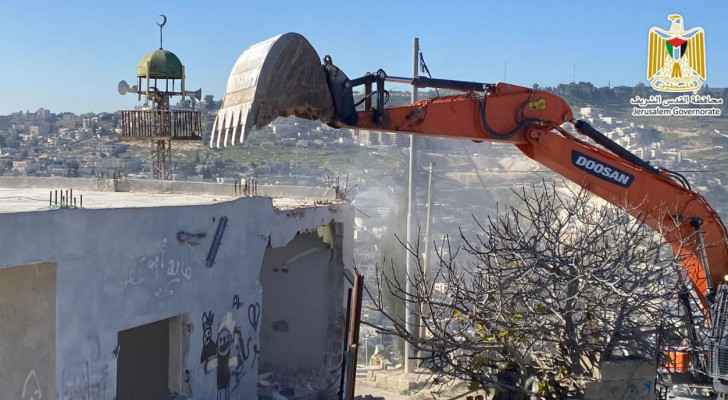 A Palestinian resident of occupied East Jerusalem Saturday began tearing down his home following pressure from the Israeli Occupation, to avoid paying huge fines, as reported by local sources.

The sources said that Mohammad Hussein Qanbar began demolishing his house in Ras al-Amoud area in East Jerusalem after receiving a demolition order from the Israeli Occupation municipality of West Jerusalem.

They claimed that the house was constructed without a permit, they added.

The seven residents of the house have now become homeless, the sources noted.

Notably, Palestinians in occupied East Jerusalem say they are forced to build without permits to accommodate their growing families, adding that acquiring a permit is "almost impossible."