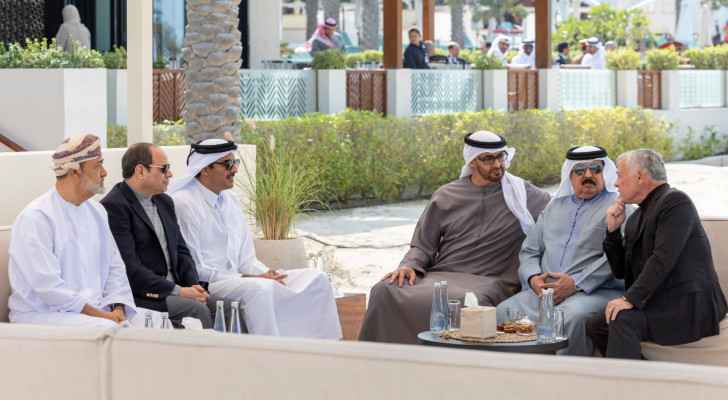 Under the theme “Prosperity and Stability in the Region”, the meeting was held to discuss bolstering cooperation between the participating countries across all sectors, in service of regional development, prosperity, and stability, through joint action, cooperation, and regional integration.

The leaders discussed relations among their countries, as well as areas of cooperation and coordination that serve their peoples’ aspirations for further progress and prosperity.

Discussions touched on regional and international developments of mutual concern, in addition to political, security, and economic challenges in the region, with the leaders stressing the need to coordinate positions and enhance joint Arab action on dealing with these challenges.

The leaders highlighted the deep-rooted ties between their countries, and reiterated that building bilateral and regional partnerships is key to securing a better future for their peoples.

They affirmed their unified vision on promoting regional stability and prosperity, highlighting the importance of respecting good neighbourly relations, the sovereignty of states, and non-intervention in their internal affairs.