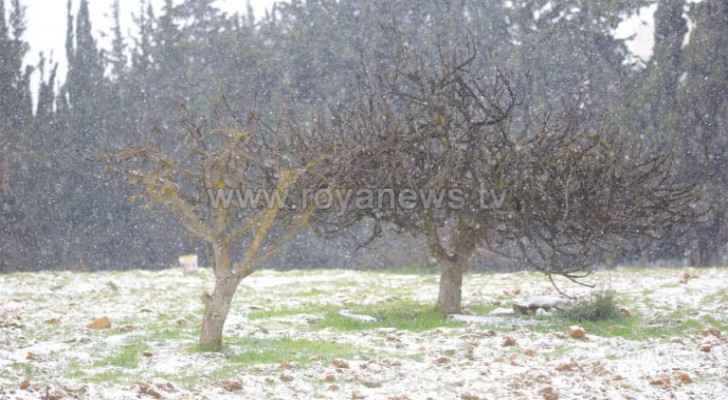 The Kingdom will be affected by atmospheric instability on Monday afternoon and evening, leading to scattered precipitation, according to Arabia Weather.

Clouds will multiply and rain showers will fall in various areas of Jordan, including the Jafr District and the road to Baghdad, as well as areas in Amman, including parts of the Eastern Highway.

At the beginning of the night, there may be intermittent snow showers in mountainous areas of the south over 1,600m above sea level, such as Ra’s al-Naqab. Frost will also form in the southern highland.

Air instability will increase in the east at night, with heavy rains, thunder, and hail in eastern parts of the Kingdom, such as al-Ruwaishid and the road to Baghdad.

The possibility of rain in other parts of the kingdom remains limited. The atmospheric instability will start to dissipate after midnight.

People are urged to pay attention to the dangers of torrential rains and stay away from the inside of valleys and streams.