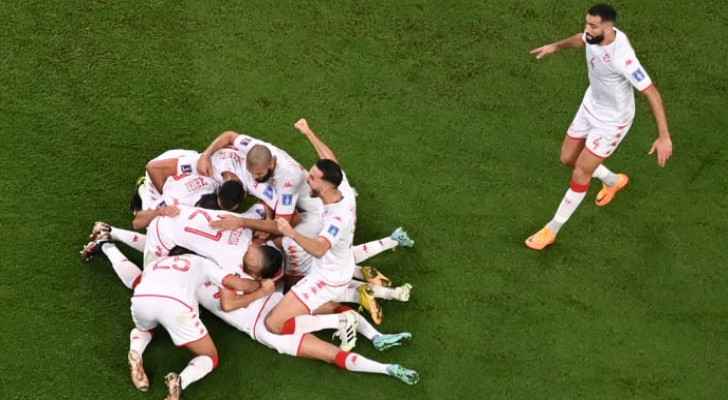 Tunisia on Wednesday defeated France after striking one goal against zero.

Despite the victory, Tunisia did not qualify for the round of 16 after Australia's win over Denmark with the same score.

The match was held at the Education City Stadium in Al-Rayyan, west of Doha.