Authorities exhume infant's secret grave to determine cause of death

Authorities exhume infant's secret grave to determine cause of death 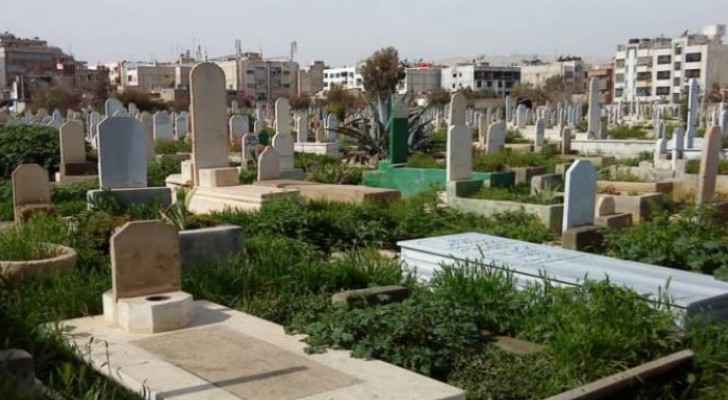 Zarqa's Public Prosecutor issued a decision to exhume an infant's grave and transfer the skeleton and the remaining tissues to forensic medicine at Zarqa Governmental Hospital, after a man accused his wife of killing his infant daughter and burying her without official papers in the Zarqa cemetery.

A security source said that an inmate in one of the reform and rehabilitation centers reported that his wife gave birth to a child who died at eight months old and was buried without any official papers, neither a birth certificate nor a death report.

According to the source, the baby's father accused the mother and her siblings, who submitted their testimony before the public prosecutor and said that the baby was buried in the presence of a number of the mother's relatives.

The source added that the grave had no tombstone.

Additionally, another unnamed source in the forensic department told Roya that no traces of beating or violence were found on the infant’s body.

He suggested that the infant’s cause of death was most likely due to an illness, as the examination of the skeleton showed no fractures.

Notably, on Oct. 25, the Public Security Directorate issued a statement saying that the body of an infant had been exhumed from a cemetery in Zarqa Governorate, by order of the Public Prosecutor, after a man claimed that his child was buried by his wife without official papers.

School evacuated due to chemical leak in Zarqa, no ....

School evacuated due to chemical leak in Zarqa, ....

School evacuated due to chemical leak in Zarqa, ....

School evacuated due to chemical leak ....

One dead after truck overturns on Zarqa-Azraq Highway

One dead after truck overturns on Zarqa-Azraq ....

One dead after truck overturns on Zarqa-Azraq ....

One dead after truck overturns on ....