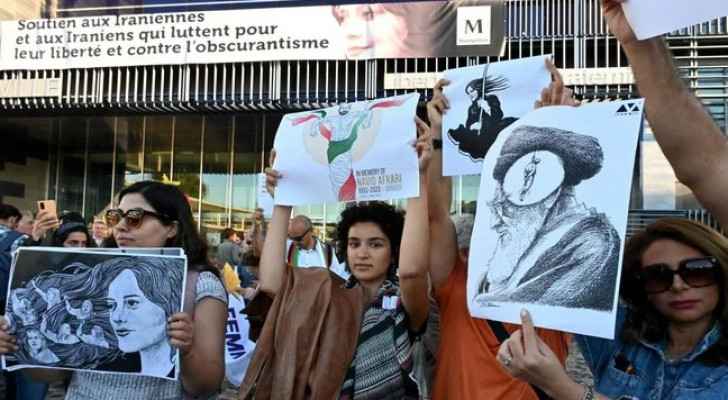 The European Union said Tuesday it was weighing tough new sanctions on Iran over a lethal crackdown on protests sparked by the "killing" of Mahsa Amini, after a similar move by the United States.

Anger flared at her funeral and spread to become the biggest wave of protests to rock Iran in almost three years. A crackdown has seen scores of demonstrators killed and hundreds arrested.

EU foreign policy chief Josep Borrell said the bloc was considering "all the options at our disposal, including restrictive measures, to address the killing of Mahsa Amini and the way Iranian security forces have been responding to the demonstrations".

It came after President Joe Biden said the United States would impose "further costs" this week on "perpetrators of violence against peaceful protesters" in Iran.

Rights groups voiced deep concern after Iranian riot police used tear gas and paintball guns against hundreds of students at Tehran's Sharif University of Technology on Sunday night, with video footage showing detainees being taken away with fabric hoods over their heads.

"Women, Life, Freedom," the young female protesters chanted as they marched down the central strip of a busy highway in Marivan, in footage that AFP has not independently verified.

Iran says Mahsa Amini died of illness rather than 'blows'