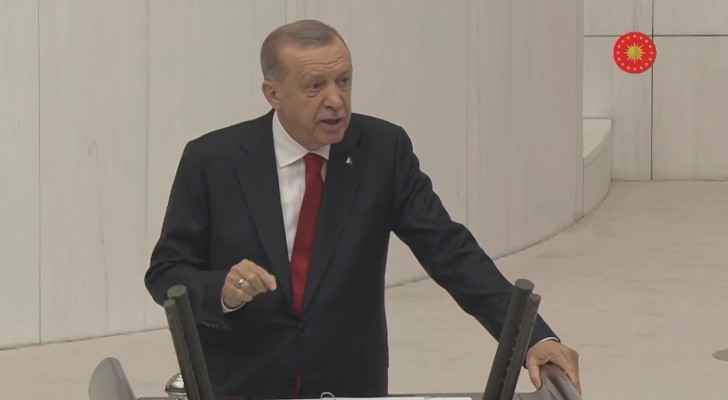 President Recep Tayyip Erdogan on Saturday warned Turkey would not ratify the NATO membership bids of Sweden and Finland until the two Nordic countries "kept" promises they had made to Ankara, AFP reported.

"Until the promises made to our country are kept, we will maintain our principled position," Erdogan said in a speech to parliament in Ankara.

"We are closely following whether the promises made by Sweden and Finland are kept or not, and of course, the final decision will be up to our great parliament," he added.

Russia's military operation in Ukraine in February saw the two Nordic countries abandon decades of military non-alignment and in May apply to join NATO.

Although the Nordic countries hoped for a speedy entry, Turkey delayed the process by objecting to their membership.

A deal was then struck between the three countries in June, which included provisions on extraditions and sharing of information, clearing the way for NATO to formally invite the two nations to join the alliance.

So far, 28 out of 30 NATO members have ratified Finland and Sweden's membership.

Only Hungary and Turkey have yet to send the membership bids to their parliaments for ratification.

Coming months 'will be difficult' for ....