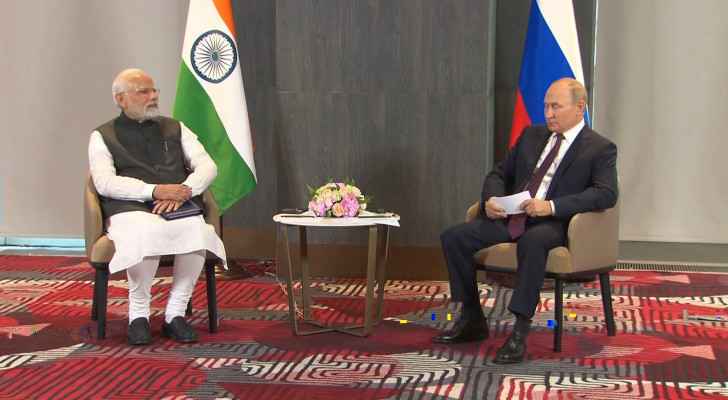 Russian President Vladimir Putin told Indian Prime Minister Narendra Modi on Friday that he wanted to end the conflict in Ukraine as soon as possible and understood that India had concerns about the fighting, AFP reported.

"I know your position on the conflict in Ukraine, your concerns... We will do our best to end this as soon as possible," Putin told Modi on the sidelines of a regional summit in Uzbekistan.

"Unfortunately, just the opposing side, the leadership of Ukraine, announced its rejection of the negotiating process, and stated that it wants to achieve its goals by military means, on the battlefield," Putin said.