Cholera ruled out in Jordan after outbreak in Syria

Cholera ruled out in Jordan after outbreak in Syria 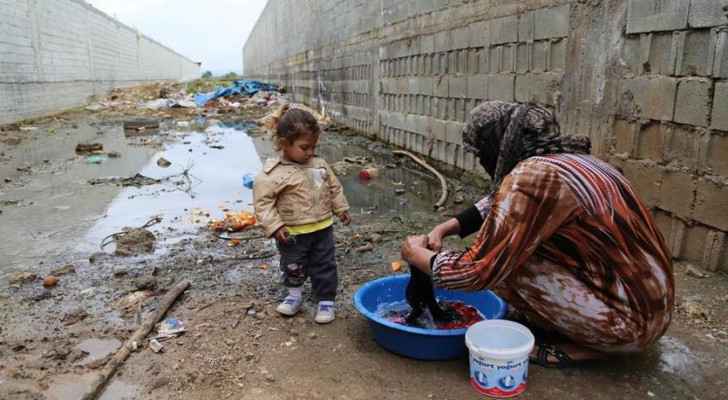 Sunday, Adviser at the Prime Ministry for epidemiological affairs, Dr. Adel Al-Balbisi, reassured Jordanians that the country last recorded a case of cholera in the 1980s. This came after its recent spread in Syria.

Balbisi added that the Ministry of Health has, for more than 20 years, hospitalized 15% of diarrhea cases for precautionary checks, as a preventive tool to protect against the spread of cholera in Jordan.

Al-Balbisi indicated that the most important causes of the disease are the lack of attention to public and personal hygiene.

He added that the infection can be transmitted from unwashed fruits and vegetables as well as eating raw or uncooked meat, in addition to eating foods contaminated with cholera bacteria.

Earlier Sunday, 15 cases of cholera were registered in Aleppo, Syria, according to the Syrian Ministry of Health.

Additionally, the ministry said in a statement that a suspected case of cholera was detected in Aleppo for a nine-year-old boy suffering from symptoms of acute diarrhea accompanied by frequent vomiting, adding that the child was discharged a few days later in a stable condition after giving the necessary treatment.

The ministry added that it is currently monitoring all hospital cases and is investigating contacts, as well as allocating isolation rooms for suspected cases, according to the official news agency, SANA.

Samples will be taken from the water and sewage systems from the area of the patient’s residence to conduct all needed remedial and preventive measures.