Colombian police commander on the run after murder claims

Colombian police commander on the run after murder claims 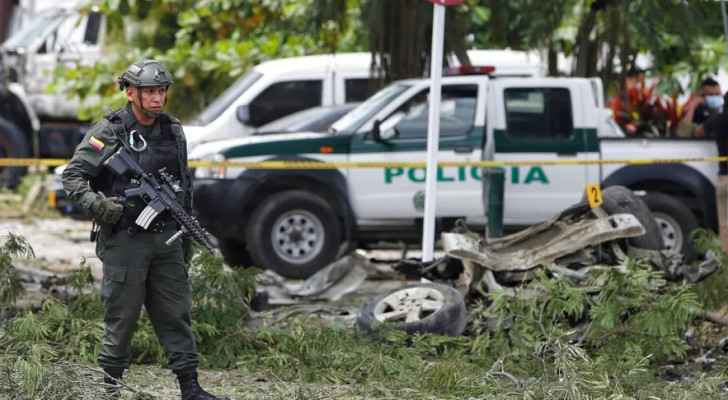 A Colombian police commander is on the run and 10 of his officers have been arrested for the murders of three young men they falsely claimed were drug traffickers, authorities said Tuesday, reported AFP.

The 11 officers are accused of having killed the men aged 18, 22 and 26 in the northwestern Sucre department on July 25.

The victims had been arrested during a police check. Images shared on social media at the time of their arrest showed the three men alive by the side of a road and surrounded by officers.

But several hours later their dead bodies were taken to hospital with bullet wounds and signs of torture, their families and lawyer said.

Colonel Benjamin Nunez, the then-commander of the Sucre police department, was accused of shooting the victims.

He was sacked and has been on the run ever since, according to the local prosecutor's office.

Colombian media have reported claims he has fled to Mexico. Interpol has issued a red notice.

Colombia's federal police chief Henry Sanabria said in a statement that the officers are accused of "violating all constitutional and legal parameters, tarnishing the institution's name."

The three victims had been accused of killing a police officer in a neighboring town. Nunez and the detained officers are accused of falsely claiming they were members of the notorious Gulf Clan cartel, the biggest criminal organization in Colombia.

Their killings drew comparisons to the "false positives" scandal of the 2000s, in which more than 6,000 civilians were killed by security forces who claimed they were rebels in the country's decades-long conflict.
Gustavo Petro, Colombia's first leftist president, has promised an overhaul of the security forces, which came in for much criticism over a bloody suppression of anti-government protests last year.

Man gets killed, riots break out in Shafa Badran

Man gets killed, riots break out in Shafa Badran

Man gets killed, riots break out in Shafa ....

Man gets killed, riots break out in ....

Over 40 Jordanians arrested in Kenya for violating laws

Over 40 Jordanians arrested in Kenya for ....

Over 40 Jordanians arrested in Kenya for ....

Over 40 Jordanians arrested in Kenya ....