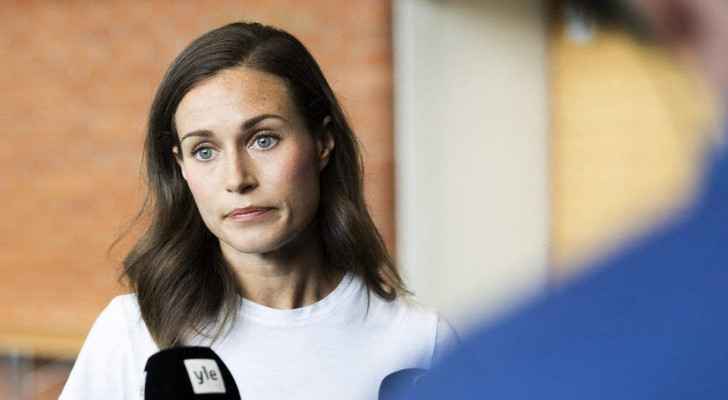 Finland's prime minister gave a forceful defense of her work record and her right to a private life after criticism sparked by a video of the 36-year-old partying.

"I am human. And I too sometimes long for joy, light and fun amidst these dark clouds," Sanna Marin said as she fought to hold back tears at her Social Democratic Party's (SDP) event in Lahti city, north of Helsinki.

Marin said the last week had been "quite difficult".

"I want to believe that people will look at what we do at work rather than what we do in our spare time," she said.

A video leaked last week -- which caused headlines around the world -- showed Marin dancing and partying with a group of friends and celebrities.

Her dancing in the video has been criticized by some as inappropriate behavior for a prime minister, while others have defended her right to enjoy a private event with friends.

Some also interpreted comments heard on the video as referring to narcotics, something heavily debated on social media and strongly denied by the prime minister.

In a bid to clear up any suspicion, she took a drug test on Friday and subsequently tested negative.

On Tuesday, Marin was forced to apologize for a photo taken at her residence in July of two women kissing, lifting their tops to bare their torsos and covering their breasts with a sign that says "Finland".

The picture was first published on a TikTok account by a former Miss Finland contestant and social media influencer, who appears in the photo.

Marin's party supported her during the video controversy but local media reported the new picture this week has led to increasing criticism within the Social Democrats.

"Sanna Marin is highly popular, but there is growing frustration within the party at the repeated scandals," Helsingin Sanomat newspaper wrote on Tuesday, after talking with SDP MPs.