Residents, tourists evacuated from Greek island of Lesbos due to fire 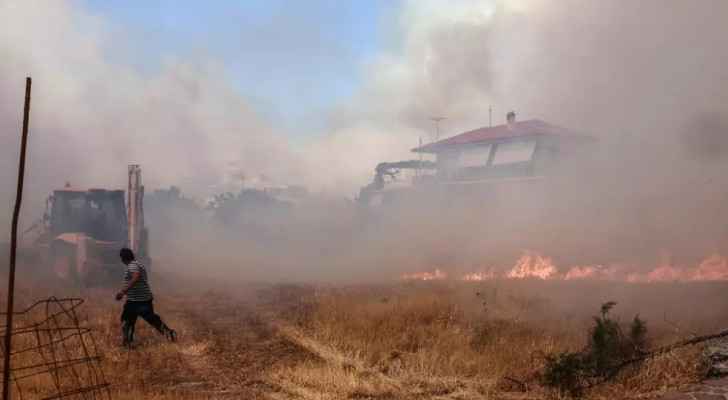 Tourists and residents were evacuated from a popular resort on the Greek island of Lesbos on Saturday after a forest fire destroyed homes in the village of Vatera.

Firefighters deployed nine planes and a helicopter to fight the blaze.

The fire, which broke out at 10 am local time (08:00 GMT) Saturday, spread on two fronts, one in the direction of the village of Frisa and the other inside the village of Fatira.

The mayor of Lesbos-West, Taxiarchis Veros, has ordered the evacuation of the crowded tourist resort as a precaution, on the advice of firefighters, the Greek news agency reported.

The mayor did not specify the number of evacuees, but several buses and small boats were involved in the operation.

The fire destroyed at least two homes, according to state-run ERT television.

Also Saturday, firefighters spent their third day battling a violent fire in Dadia National Park, one of the largest forest sites in Europe, famous for its vultures, in the Evros region in northeastern Greece.

Firefighter spokesman Yiannis Artopoyus said Saturday afternoon that the fire was "extremely difficult," but that it "appears to be doing better in the northeast".

A total of 320 firefighters and 68 vehicles have been deployed since Friday evening, in addition to 13 field teams, and a very large number of volunteer firefighters.

In addition, six water launch helicopters and nine helicopters are operating in the air. However, the heavy smoke and lack of wind, as well as the high humidity during the night, hampered the efforts of the firefighting planes.

A forest fire in the mountains near Athens on Wednesday devastated homes and forced hundreds to evacuate.

In 2018, Greece experienced its worst forest fire disaster in the coastal suburb of Mati, where a fire killed 102 people, just a few kilometers from the affected area on Wednesday.

The victims were memorialized Saturday in the town of Mati.

The rise in temperatures is a direct result of the climate crisis, according to scientists, with the increase in the intensity, duration and frequency of greenhouse gas emissions.

Thousands demonstrate over price hikes in ....