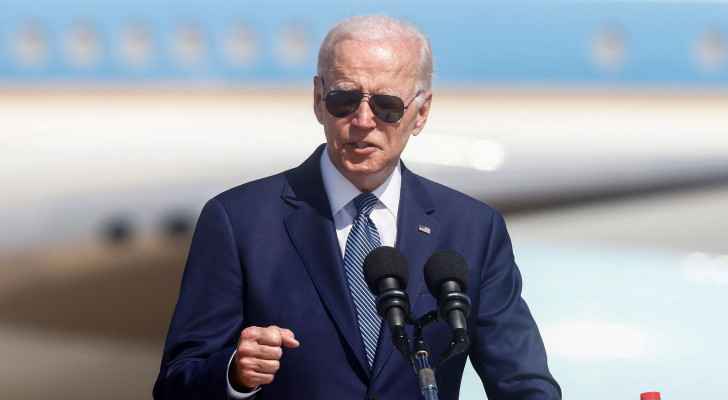 US President Joe Biden arrived in Saudi Arabia on Friday from the Israeli Occupation, according to an AFP journalist aboard Air Force One.

Official Saudi media published pictures of the US presidential plane at Jeddah airport after a two-hour flight. Biden is the first US president to travel directly from the Israeli Occupation to an Arab country that does not have relations with it.

While in the western coastal city of the kingdom, Biden is scheduled to meet Saudi King Salman bin Abdulaziz, 86, before participating in a ministerial "working session" headed by Crown Prince Mohammed bin Salman, 36, the country's de facto ruler.

After taking office in early 2021, the Biden administration published the results of US intelligence investigations stating that Prince Mohammed "approved" an operation targeting Saudi journalist Jamal Khashoggi, whose horrific killing in his country's consulate in Istanbul in 2018 sparked global outrage.

Saudi officials deny the young prince's involvement, and say that Khashoggi's killing resulted from an operation carried out by "rogue" elements, which severely tarnished his reputation as a reformer leader in a conservative country.

It now appears that Biden is ready to re-engage with a country that has been a key strategic ally of the United States for decades, a major supplier of oil and an avid buyer of weapons.

Washington wants to persuade the world's largest crude oil exporter to open the door to increasing oil production to reduce high fuel prices against the backdrop of the Russian invasion of Ukraine, which threatens the Democrats' chances in the November elections.