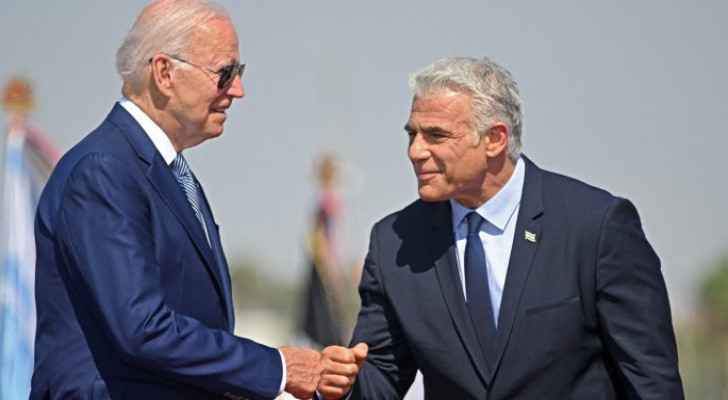 US President Joe Biden started a Middle East tour on Wednesday in the Israeli Occupation, where leaders will urge tougher action against their common foe Iran, before a delicate stop in oil-rich Saudi Arabia.

Biden's visit to Jeddah on Friday will be the focus of the tour after he branded Saudi Arabia a "pariah" over the 2018 murder of dissident Saudi journalist Jamal Khashoggi.

The persistent frustrations of Palestinian-Israeli Occupation diplomacy are nothing new for Biden, who first visited the region in 1973 after being elected to the Senate.

The Israeli Occupation and Iran were allies then, but they are now sworn enemies that have been engaged in a "shadow war" of attacks and sabotage.

The Israeli Occupation's caretaker prime minister, Yair Lapid, who greeted Biden at the airport, has said talks "will focus first and foremost on the issue of Iran".

Iran's President Ebrahim Raisi warned that if Biden's goal on the trip was to bolster the Israeli Occupation's security, he was destined to fail.

"If the visits of the American officials to the countries of the region are to strengthen the position of the Zionist regime... their efforts will not create security for the Zionists in any way," Raisi said, referring to the Israeli Occupation.