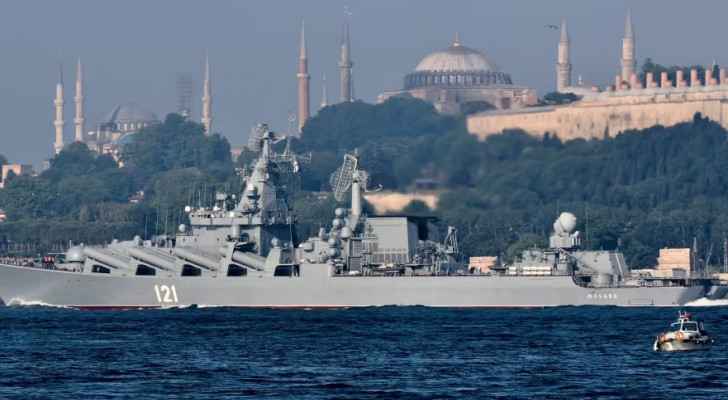 Moscow on Wednesday admitted that Turkey was conducting checks on a Russian ship in the Black Sea that Ukraine says is carrying stolen Ukrainian wheat, according to AFP.

"The (Zhibek Zholy) ship is currently in the roadstead of the Karasu port and is going through standard procedures, including sanitary control," a spokesperson for the Russian foreign ministry, Alexei Zaitsev, said at a briefing.

"Turkish authorities will make a decision on entry or refusal to entry into the port. There is no talk on the detention or arrest of the cargo," he said.

Ukraine asked Turkey to arrest the Russian-flagged ship on Friday, alleging that it had set off from the Moscow-occupied port of Berdyansk and that it is carrying confiscated wheat.

NATO-member Turkey has said nothing official in public as it tries to maintain open relations with both Moscow and Kyiv.

But a senior Turkish official source told AFP on condition of anonymity that the "problem arose due to a vacuum of authority at the post of departure".

"We are continuing to examine the ship's documents," the Turkish official said.