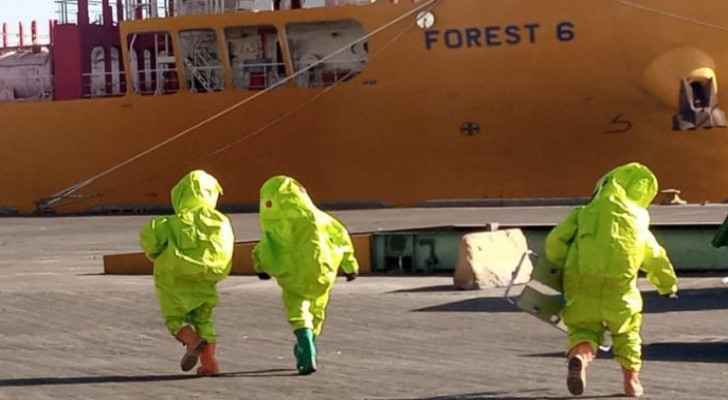 A total of 13 people were killed and 265 were injured due to toxic gas being leaked from a tanker in the port of Aqaba on Monday.

The media spokesperson for the Public Security Directorate said that during the daily work in the port of Aqaba, a tanker filled with toxic gases fell during its transportation, which led to gas leakage at the site.

The spokesperson added that the area was immediately isolated and specialists began to deal with the incident, while the Civil Defense Teams transferred a number of injuries to the hospital, all of whom are under treatment.

Prime Minister Bisher Al-Khasawneh chaired a meeting Monday in the operations room in Aqaba Governorate, in the presence of the Ministers of Interior and Health, and officials in Aqaba.

The meeting aims to find out the causes of the incident of the deadly gas leak in Aqaba.