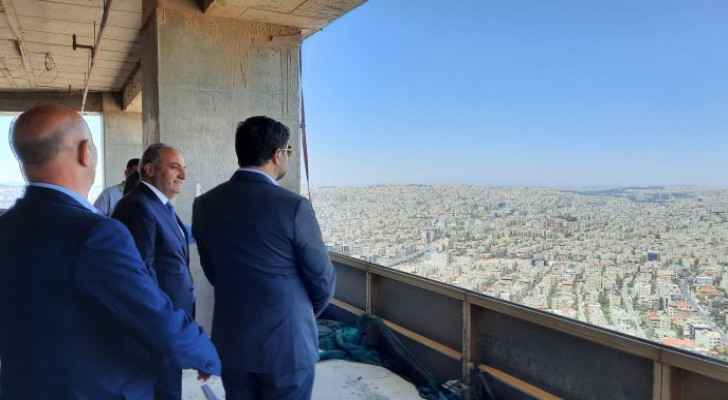 Tuesday, the Mayor of Greater Amman Municipality, Dr. Yousef Shawarbeh, said the Jordan Gate Towers, which have been under construction since 2005, will be ready within two years.

Shawarbeh added, during an inspection tour of the project, that the Municipality is a partner in the project by 31 percent, which amounts to around JD 50 million. He also said that work will resume in mid-July. 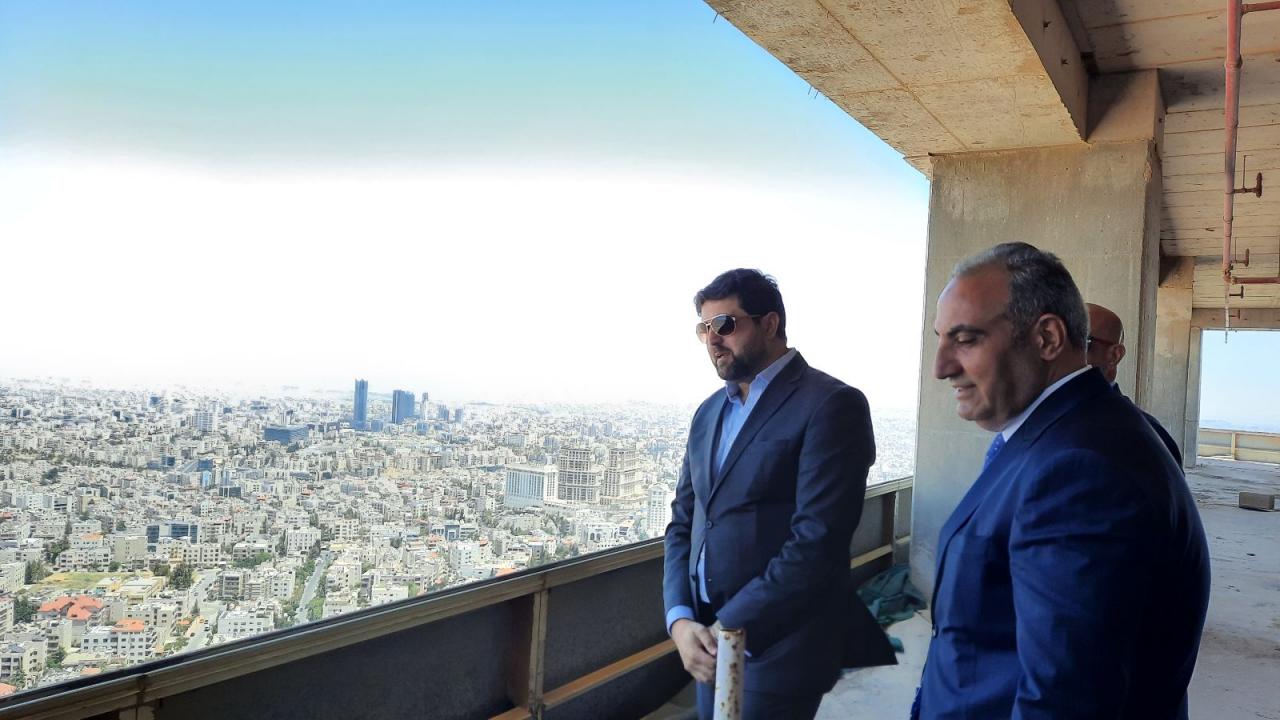 He pointed out that the project consists of a commercial complex and hotel apartments, and that the Municipality is ready to take the necessary steps that serve the project, including infrastructure and power generators.

Shawarbeh pointed out that the project’s needed evaluations and plans were completed in February 2022.

For his part, General Manager of Al-Nasser Company, Engineer Safwan Al-Nasser, said that the project consists of two towers, North and South, with a height of 43 floors for each tower, and a three-storey commercial center situated between the two towers.

Nasser indicated that the northern tower is 70 percent completed and will be residential as planned, while the southern tower is expected to house hotel apartments and a hotel, in addition to allocating approximately 1,500 parking spaces for vehicles. 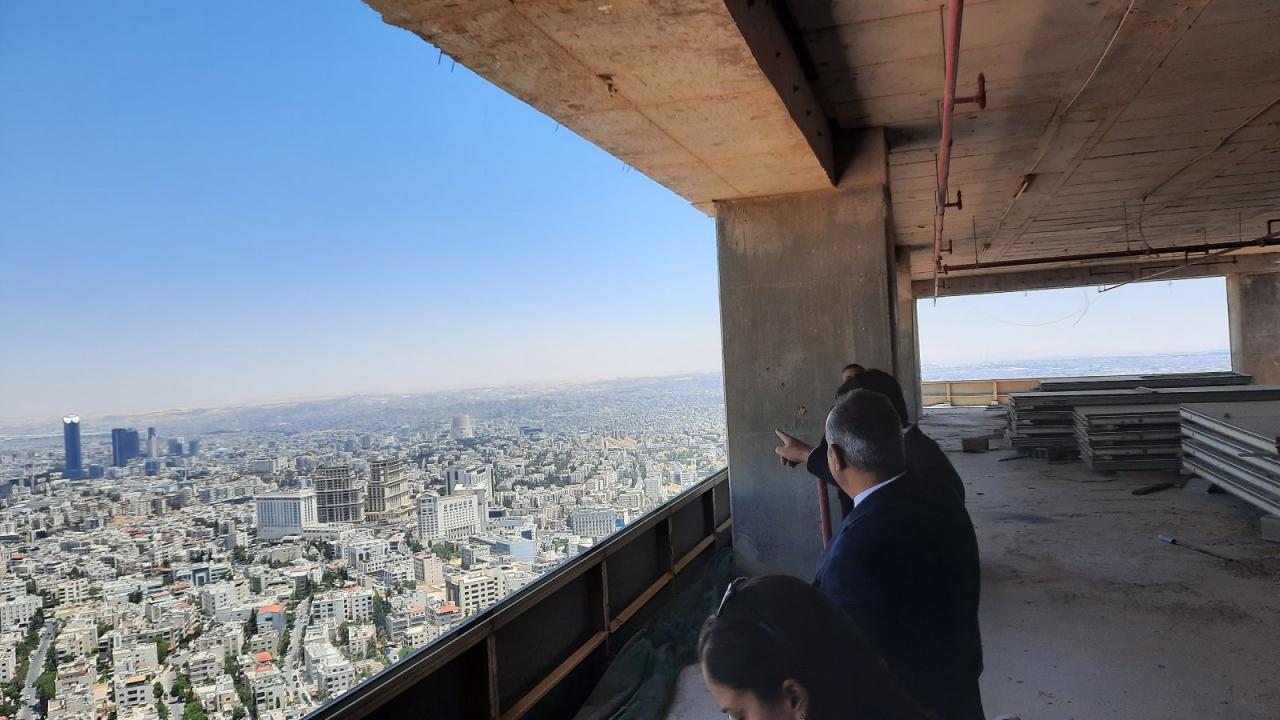 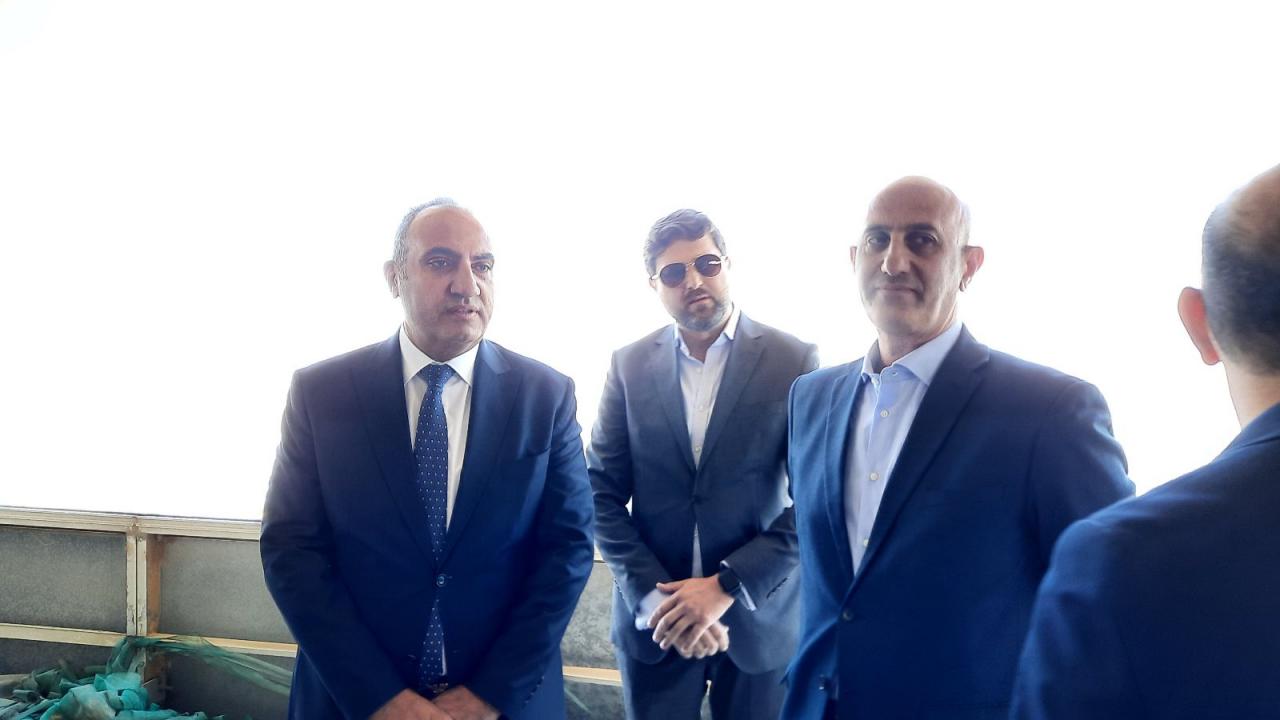