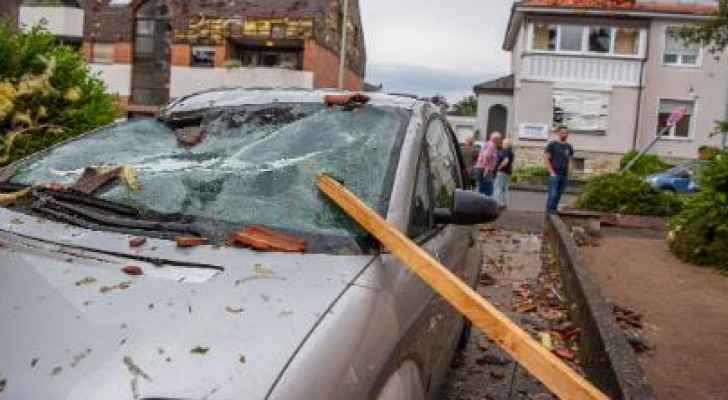 One person was killed and 40 people were injured, including 10 seriously, on Friday in a "tornado" which hit the western German city of Paderborn, according to reports.

The tornado also caused significant damage in the city in the North Rhine-Westphalia state, a police spokesperson said, following abnormally high temperatures for the time of year.

Security forces said many roofs were blown off and trees uprooted in the surrounding region.

Photos shared on social media showed cars that had been upturned.

Railway travel was disrupted, as police called on people to remain indoors

German meteorological services had put out a storm warning for Friday and predicted gales of up to 130 km/h (80 miles/h) in some places.

The bad weather first hit the west of the country and was set to travel eastwards later in the evening.