Kyiv complains of 'second-class treatment' by 'some EU capitals'

Kyiv complains of 'second-class treatment' by 'some EU capitals' 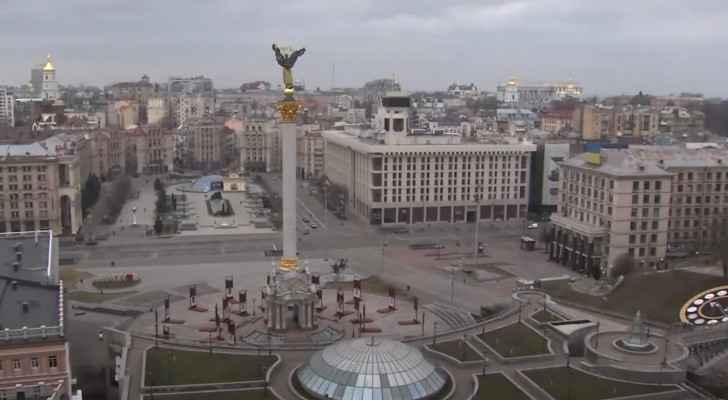 Ukraine's foreign minister criticized the "second-class treatment" of Kyiv by some EU countries on Thursday, after Germany said the country's bid to join the bloc cannot be speeded up, AFP reported.

"Strategic ambiguity on Ukraine's European perspective practiced by some EU capitals in the past years has failed and must end," Dmytro Kuleba said on Twitter.

This had "only emboldened" Russian President Vladimir Putin, he added.

He slammed the "second-class treatment" of Ukraine that he said "hurt feelings of Ukrainians".

Earlier on Thursday, German Chancellor Olaf Scholz said there could be "no shortcuts" to Ukraine's EU membership, adding that an exception for Kyiv would be unfair to the Western Balkan countries also seeking membership.

"The accession process is not a matter of a few months or years," he said.
He nonetheless said that the bloc must find a "fast and pragmatic" way to help Kyiv.

Ukraine has called for its EU candidate status to be fast-forwarded after the Russian military operation began on Feb. 24, 2022 in Ukraine.

France's Emmanuel Macron has also said it will take "decades" for Ukraine to join the EU.

"It's like a table where all the family is together, you are invited but you were not given a chair," he told French students after Macron's comments.

Zelensky has said he hopes Ukraine -- which had a pro-EU revolution in 2014 that overthrew a Moscow-backed government -- will be given candidate status by June.

But Ukraine praised Germany last week for overcoming a "psychological barrier" and delivering heavy weapons for it to counter “Moscow's offensive.”