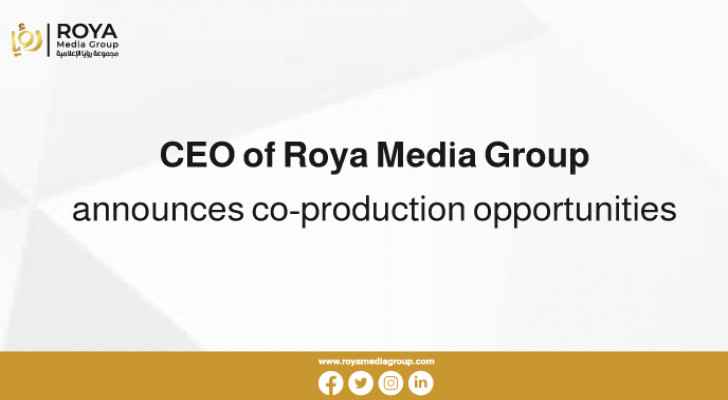 Fares Sayegh, CEO of Roya Media Group announced the company’s desire to venture into co-production, particularly for the next seasons of ‘Jalta’ and ‘Meen Byisbo2,’ two Roya productions that have been massively successful.

This came during Sayegh’s participation in the International Digital Media and Satellite Communications Exhibition “Cabsat - Discop 2022,” which was attended by the most important production companies and television stations in the Arab world.

Media and broadcasting world is known for its competitiveness in attracting viewers and content creators which is why this exhibition addresses the most important issues the sector currently faces.

Additionally, it provides the audience with a more thorough understanding of technical aspects which are explained by experienced speakers. It also informs people of the experiences of startup companies as they prepare to shape the future of this sector.

Notably, Jalta - Stroke of Luck was created and written by The Creative Lab, and implemented by The Show, both of which are companies that belong to Roya Media Group.

The series witnessed great success when its fourth season aired in Ramadan 2022. It brought together an elite group of actors such as the Syrian artists Mohammad Kheir Jarrah, Jenny Esber and Lea Mabardi, and the Iraqi artist Sulaf Jalil, as well as Jordanian artists Amal Dabbas and Zuhair El-Nubani.

The number of views on Roya’s website and social media reached 57.8 million views, 21 million views of which were on Snapchat in Saudi Arabia alone, and it got over 2.5 million interactions on Facebook. This encouraged the team to start preparing for a fifth season to air in Ramadan 2023.

There is also a possibility for a production company to co-produce the second season of Meen Byisbo2 which is a show revolving around adventure hosted by Lebanese Wissam Sabbagh and Ely Chemaly who traveled to Jordan to discover archaeological and ancient sites in the country’s governorates, through puzzles presented to them by the crew for each host to solve, and whoever reaches the historical site first would be the winner.

The show was a great success and garnered a large number of views on Roya’s website and social media, which is what prompted the idea for a new season shot in another country that will surely hold the same level of excitement.

Therefore, as Roya Media Group always looks forward to sharing its success and developing its business, it has announced the possibility for a cooperation in the production of these upcoming works.

Roya TV PLUS launched on Roya website and Smart TV!

Roya TV PLUS launched on Roya website and Smart ....

Roya TV PLUS launched on Roya website and Smart ....